21. Slot the rear cable through the hood. 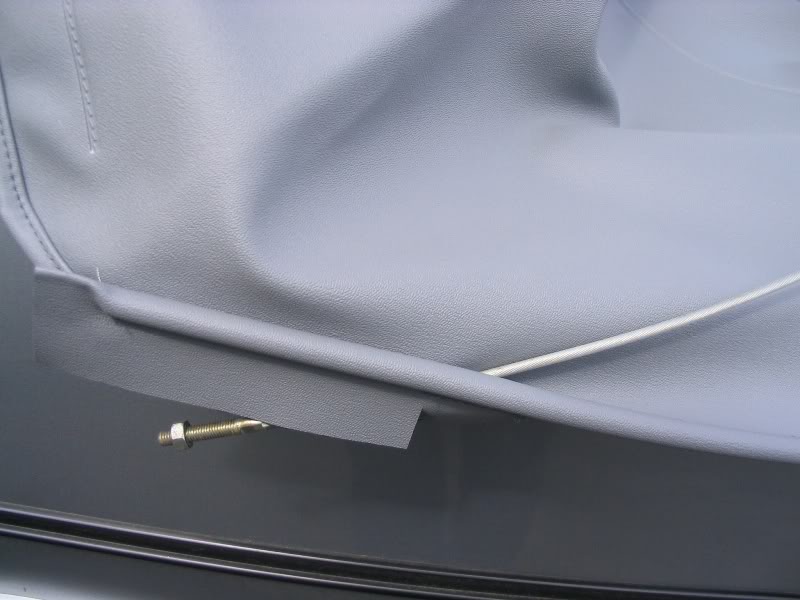 22. Remember to add the two loops the cover attaches to. 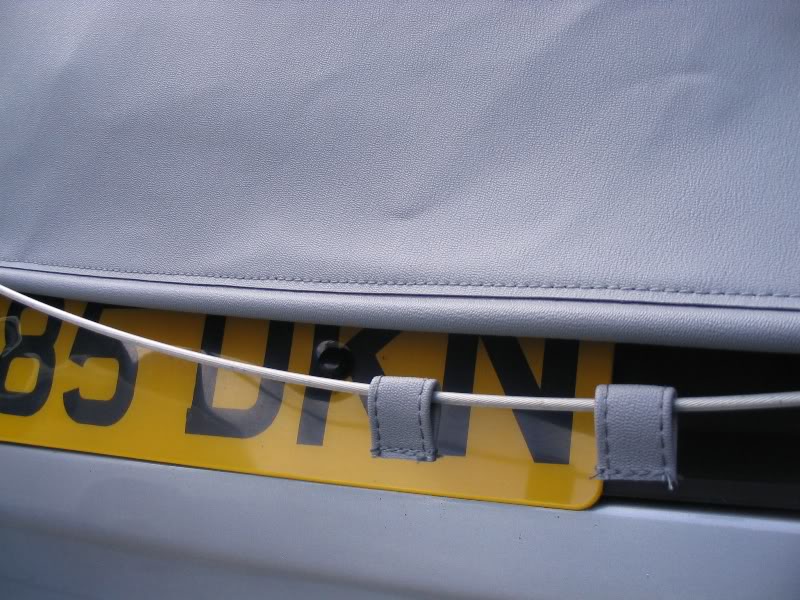 23. Slot the cable into its holes and put the nuts on the ends of the cable a couple of turns. Undo the hydraulic strut again to provide better access to the nut. 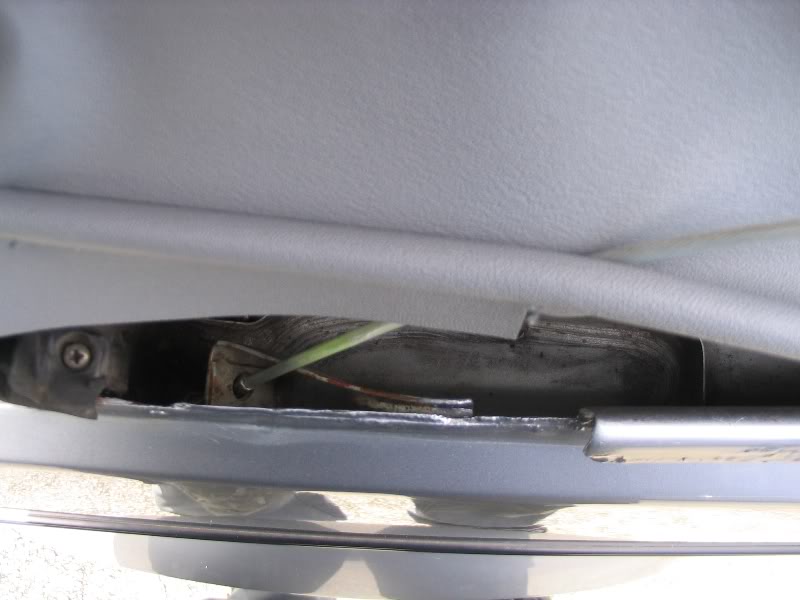 24. Lay the cable around the rear perimeter of the hood, just in front of the beading , in a position so that it pulls the hood into the lip of the car`s body as you tighten the nuts on each end of the cable. Tighten the cable gradually and do not allow it to twist or it will snap. Tuck the headliner up out of the way again.


25. Once the cable is starting to get tighter, start poking the cable right up inside the lip. Start at the centre of the rear and working around the sides. Make sure the hood is central while doing this. It should be positioned so the seams, which run from the front to the rear, are in line with the small bodywork seam at the front corners of the boot-lid. This might require the hood to be stretched to achieve this. 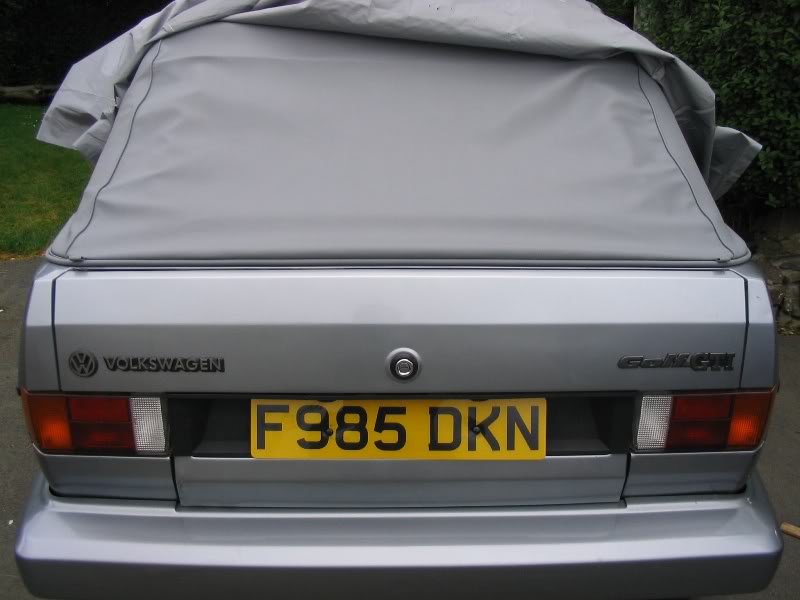 26. Also ensure the beading of the side flaps on the rear quarter of the hood just fit to the frame of the rear side window.
It`s a tricky process and frustrating but persevere and you`ll get there in the end.


27. Make sure the two loops the cover attaches to are positioned in the correct places. It will be a squeeze to get so much fabric under the lip in these places so I shaped a bit of wood into a bolster chisel shape at one end to help it in and used the flat end of the wood and a hammer to knock it in nicely. 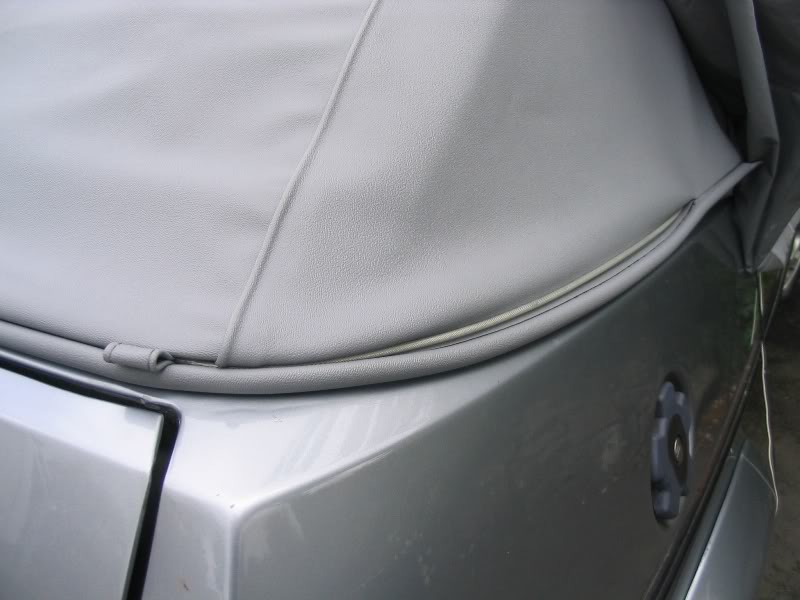 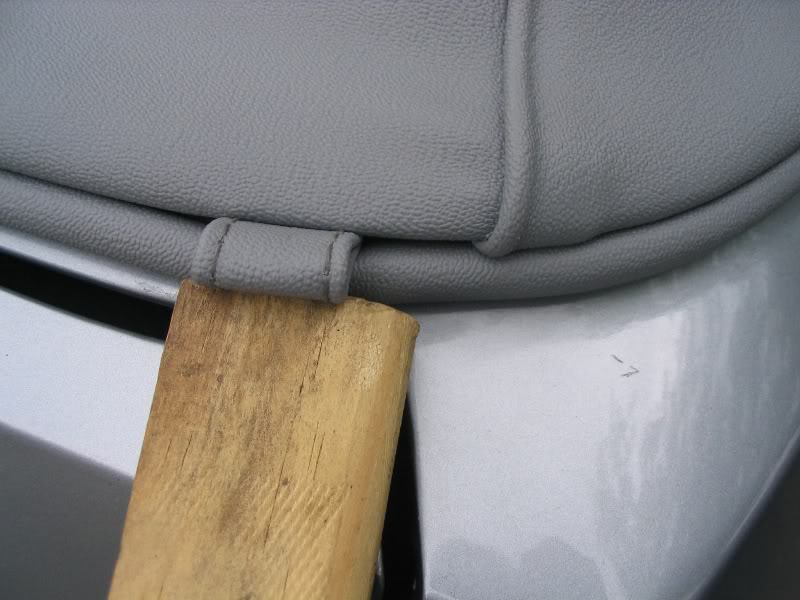 28. Finish off at the sides and poke the cable right up inside the lip. Tighten the cable up as tight as you think it will go without snapping. It`s very similar to a handbrake cable so it will take some stick. Replace the hydraulic strut again after the cable has been fully tightened. 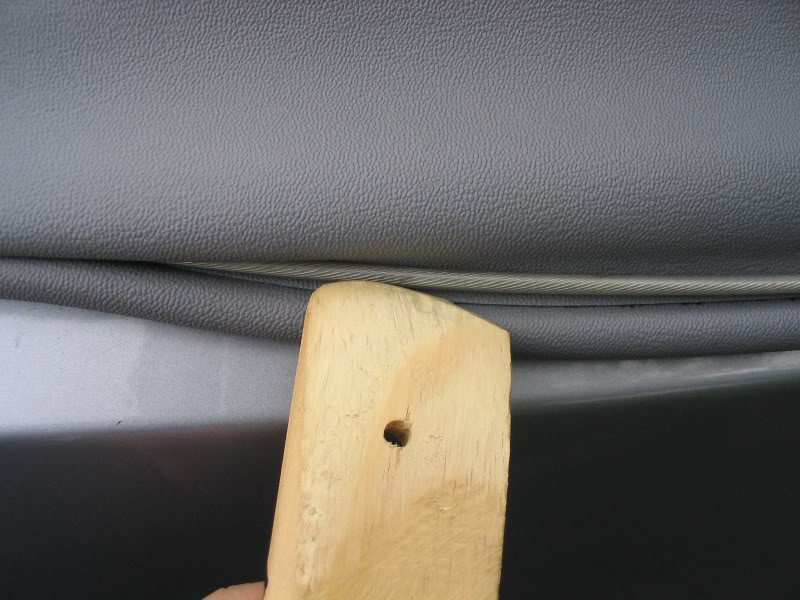 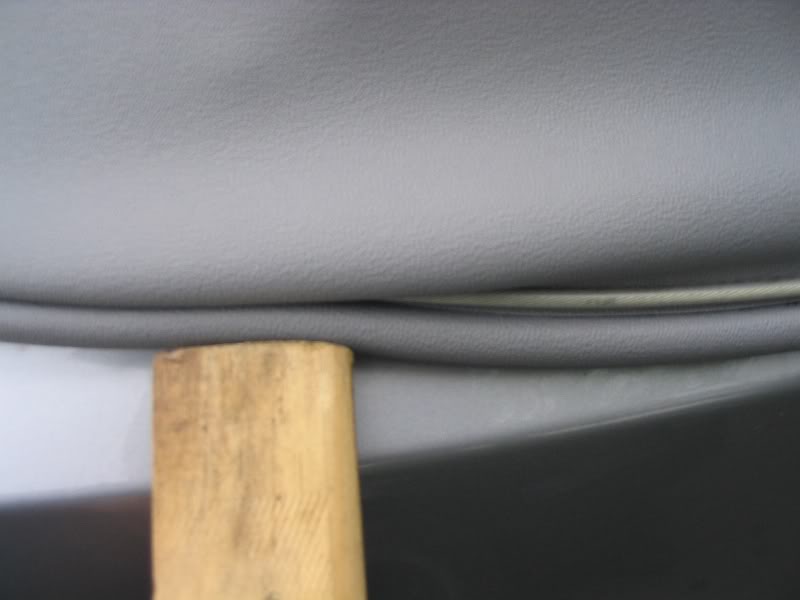 29. Half open the roof and fit the pocket in the hood to the front of the frame and attach the side cables to the springs at the rear and the hooks at the front. 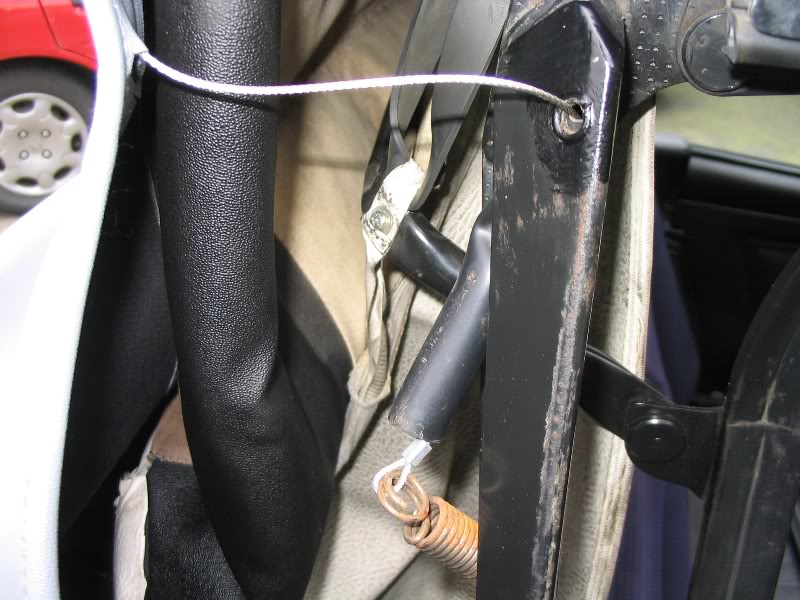 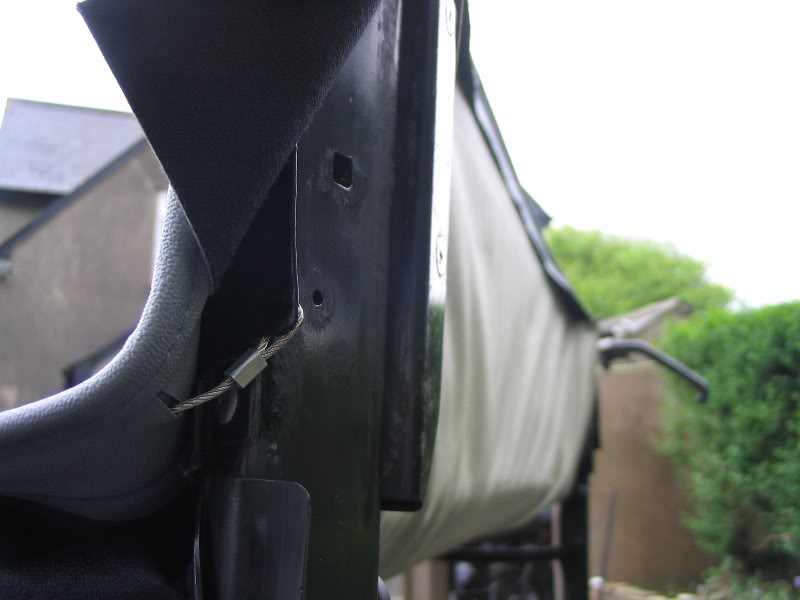 30. Close the hood and check it all aligns up ok. (Some guides say to cut a U shape in the hood within the rear window frame approximately 10cm from the frame edge. This is supposed to relieve tension in the hood, but I didn`t do this as I didn`t think it was that tight anyway. The guides also say the front edge of the frame should be glued to the frame with contact adhesive but my car showed no sign of glue ever being there so I didn`t use any). When closed the front edge of the front side flaps of the hood should be aligned with the corner of the frame and folded to the frame using the beaded edge as a guide.