36. With the circlip removed, you can slide off the cap, spring and plastic ball then clean up the gearstick a bit. 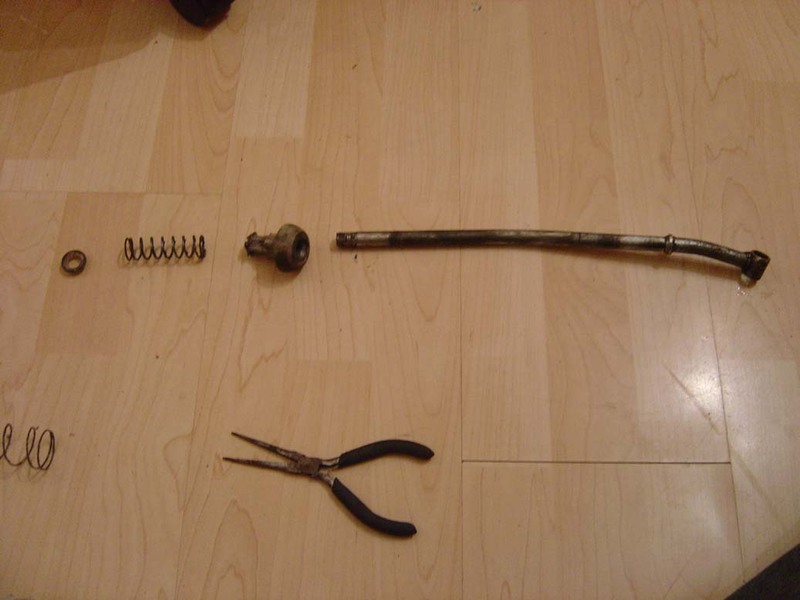 37. Now grab the new bits from your kit as shown and put them back on. 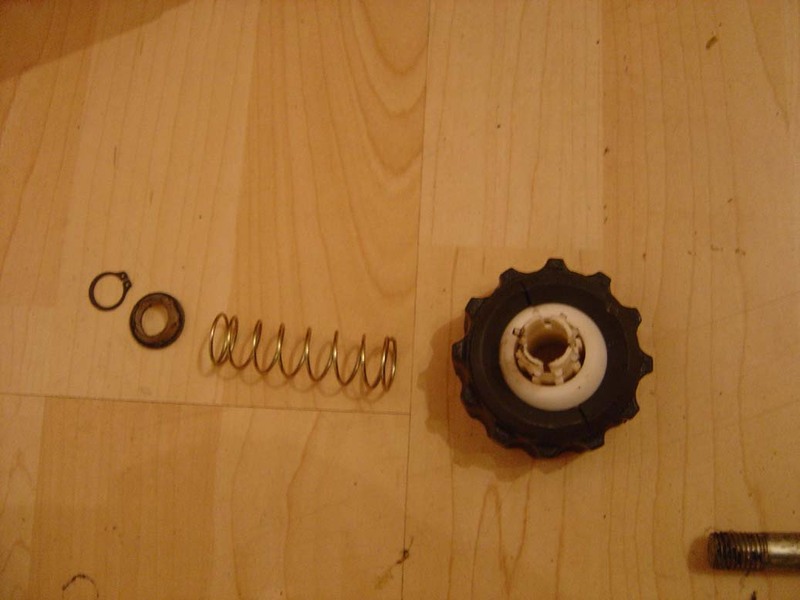 38. I found the easiest thing to do was slide the shaft through the ball, drop the spring and cap on then hook the circlip over the threaded part at the top of the gearstick before just pulling it all together with a pair of pliers as shown. As soon as you hit the ridge in the shaft for the circlip it will naturally stop you. 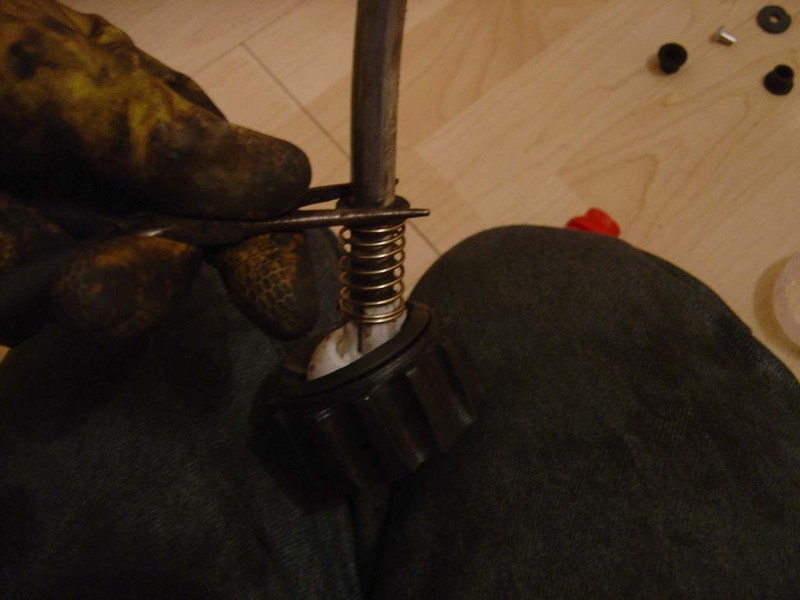 39. Now push your new shaft assembly through the large rubber bush and into the base of the shifter. 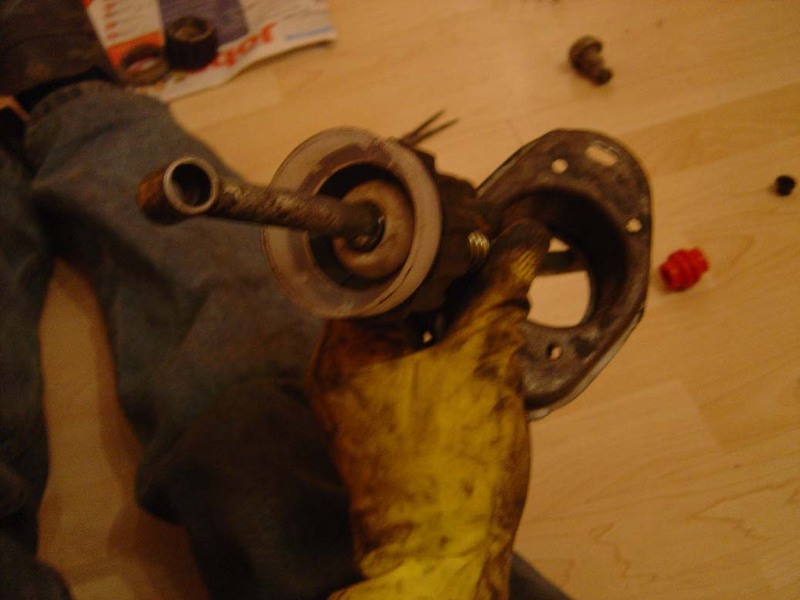 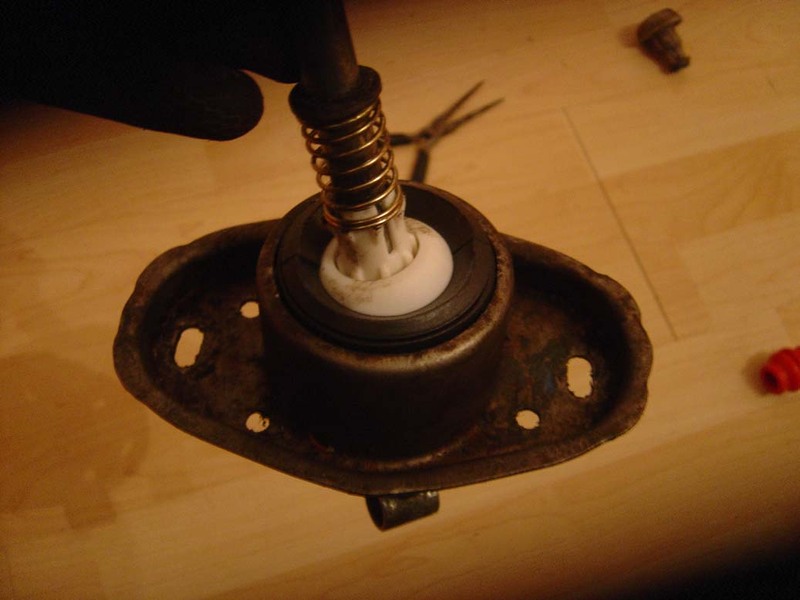 40. The final bush is an important one, make sure your kit has this red on in it (some of them don't). Also, as the first picture (picture 40a) shows, the mk2 golf bush isn't the same-it's quite a lot bigger so make sure you get a mk1 bush.
You are given two rivets as part of the kit but I didn't realise until afterwards, I guess this bracket must be riveted on. Either way, you can remove the old bush with a large flat blade screwdriver and simply push it straight out as shown in the second picture (picture 40b). 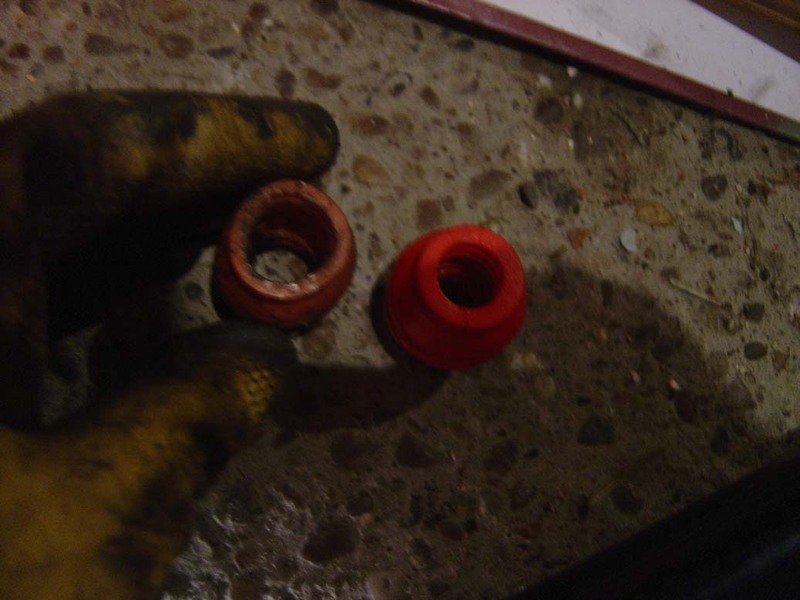 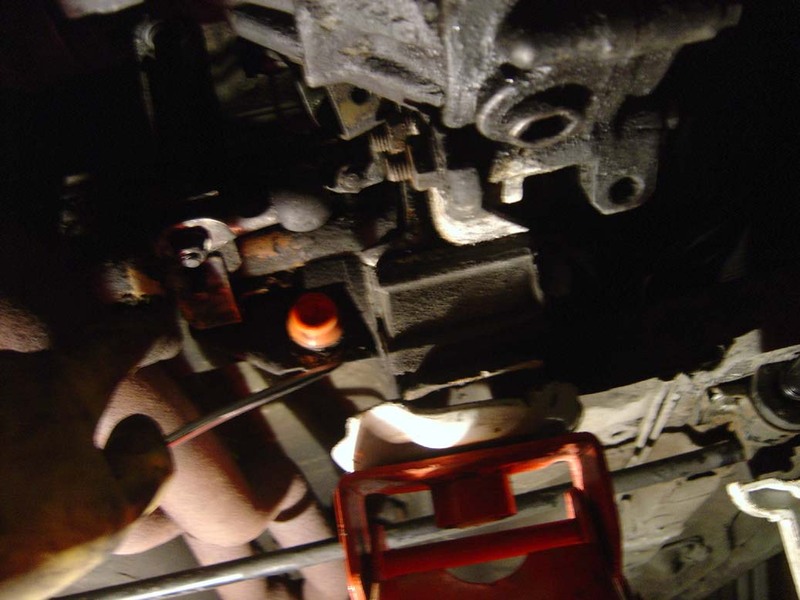