In June 2009 a new idea to get members involved with the club was introduced. It was called 'Car Of The Month' and was put in place so that members could put their cars forwarded for the coverted Home Page position. Members voted and the winner that month took the front page position. Run by Spudfingers, Mixerman, since_1983 and welsh_mk1, they all helped to create a section that is very interactive. You can see who were previous COTM winners by clicking here.

Following on from the success of COTM  - Member Of The Month was developed in recognition for those forum users who have helped others whether that be with technical assistance, club stands at shows, the running of the club itself or for generally keeping an upbeat atmosphere about the place. MOTM began in June 2010 and is run by the same team as COTM. You can see who were previous MOTM winners by clicking here.

The Annual Gathering for 2009 was held over the weekend of 24-26th July at Coombe Abbey, Warwickshire. The location had a long wide field that was split in two halves, one side for camping and the other for the showing of cars etc. Due to the layout of the venue it was necessary to erect fencing around the field, hire toilets and shower blocks and of course a marquee for the evenings entertainment. While setting up the various tents and toilets etc on the Friday afternoon it poured down with hailstones, not a good start to the weekend. The result was a wet, muddy field that greeted new arrivals but we'd been assured by the council representative that the field drained well. By the next morning the majority of the water had drained away and was drying up nicely.

It was great to see members from as far afield as Italy and Malta turning up to support the club.

Following the AGM a briefing was held for all those drivers wishing to take part in the second years 'drive-out'. It was quite a shock for other drivers to see 70 Golf's travelling in convoy around the local roads and down to Gaydon Heritage Centre where a group photograph was taken.
Warren Randall - Gammygolfgti took some footage of driver arriving at the Centre. 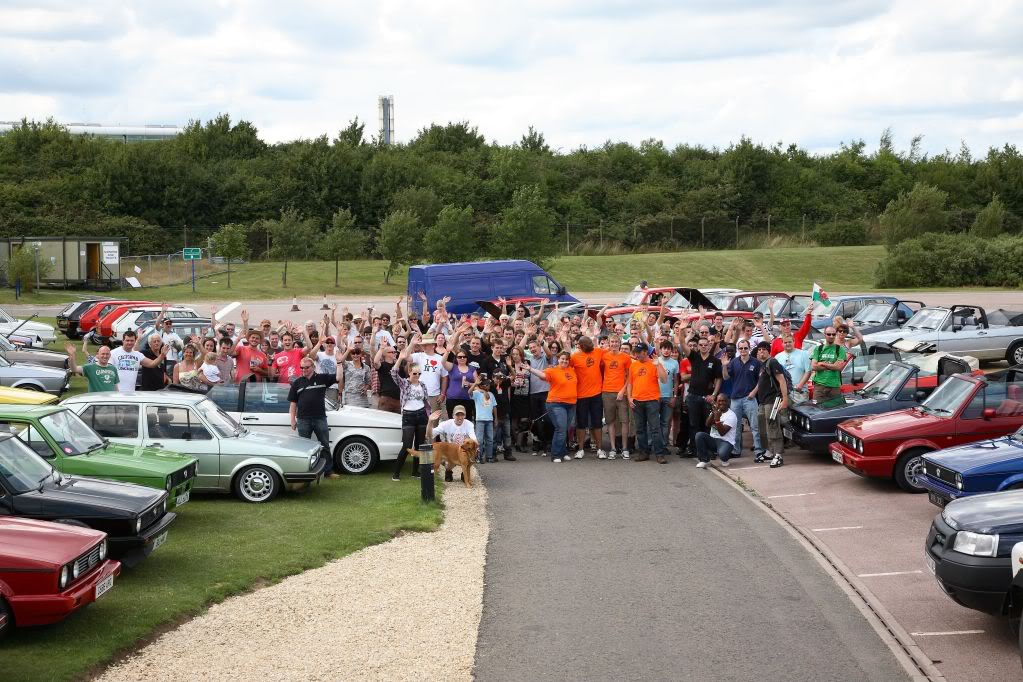 Saturday nights dancing was again a 'fluid' affair with various styles on show. A live band was an additional attraction for 2009 and went down a storm. Once the music died down people drifted off to their tents or campervans or motor homes. Campfire guitar playing entertained some  - while it kept others awake, that and the recital of poetry!!!

Sunday saw a slow start for most but not for Lawsy who was in top gear for the main event. His planning paid off and the orange t-shirt wearing attendants parked the cars up with precision. Dubboy and Charles again undertook judging of the cars but unfortunately the weather closed in and rain began to fall. The presentations were made in the main marquee along with the raffle. By 5pm all the cars were off the field and the committee could relax again! 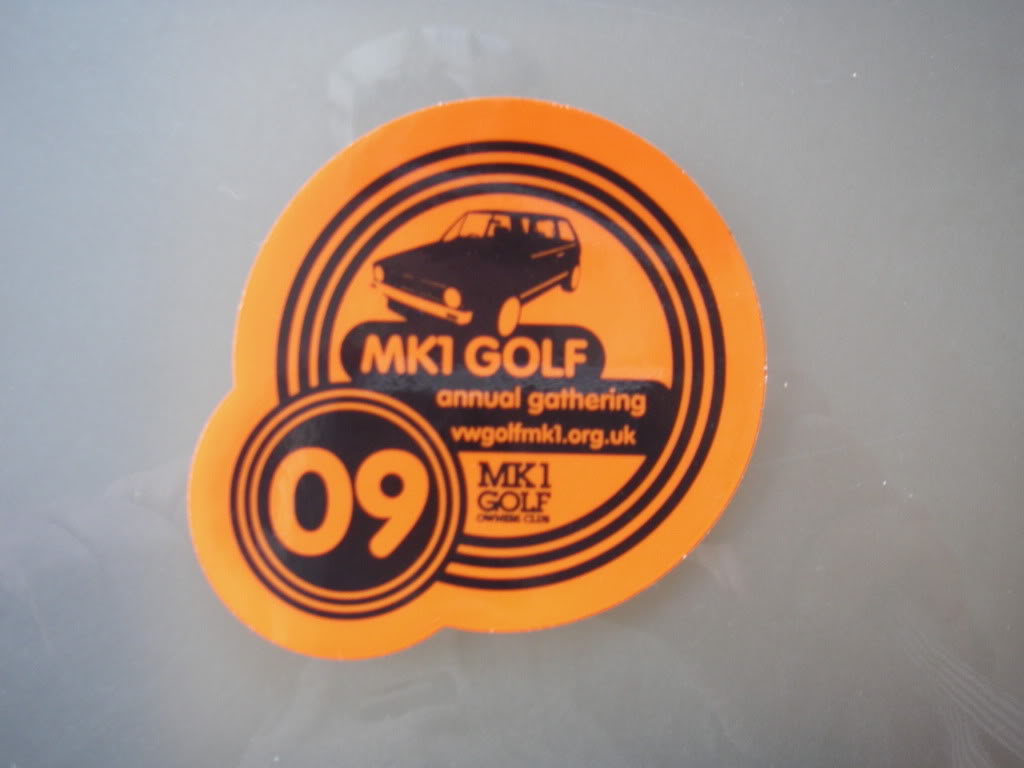 The wheel turned once more and commitments for the committee members altered. Graham Welch - Yomp became the treasurer on 6th September 09,
Lawsy stood down as chairman on 29th September 09.
On 22nd October 09 A5OPY took over the chairman's' position and Dano took on the role of secretary.
On 30th October 09 Debbie Dilworth - Debs took up an extra general role on the committee.
8th November 09, Mark Kennedy - Kenno became the new website manager.
10th November 09 Tian took on the renamed 'design & merchandise' managers' role.