Submitted with thanks by JSeaman.

Your spark plugs should be checked at least every 12 months (I'd recommend more regularly) and replaced as necessary. The HT leads tend to outlast plugs but again, should be changed at regular intervals e.g. every 3 years. Checking your plugs will reveal a lot about your engine (check any Haynes manual for more info) and gives indication of mixture etc. Plugs should usually be changed when there is carbon build up or signs of wear. Leads are more difficult to assess, any physical corrosion on the terminals is usually a clue to poor condition but resistance can be measured to help determine their state. If in doubt, replace them - it's a small cost for peace of mind.

Step 1 - Pull off HT lead #1 (The lead at the far left of the engine bay). The leads are an interference fit, there is no screw or release clip - just tug it off. If you are only checking/changing plugs then take care to pull the lead from the base near the plug so you don't stress it. 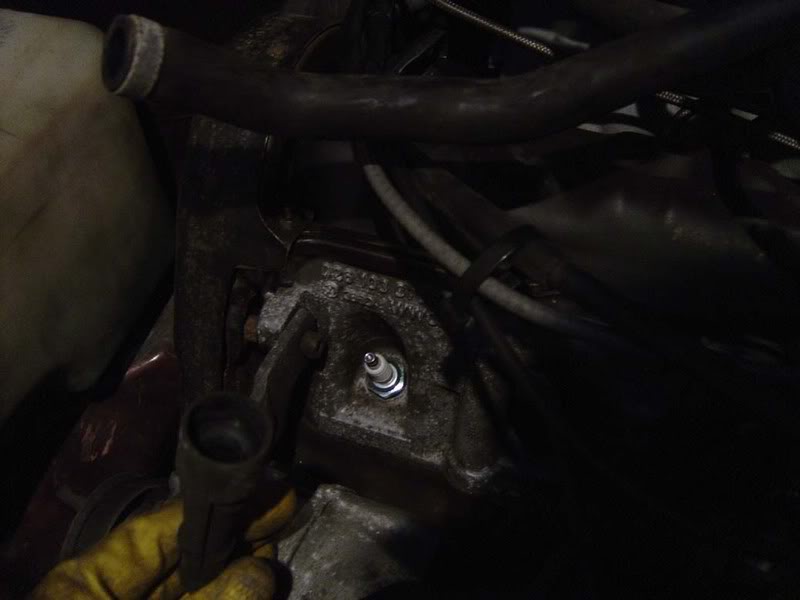 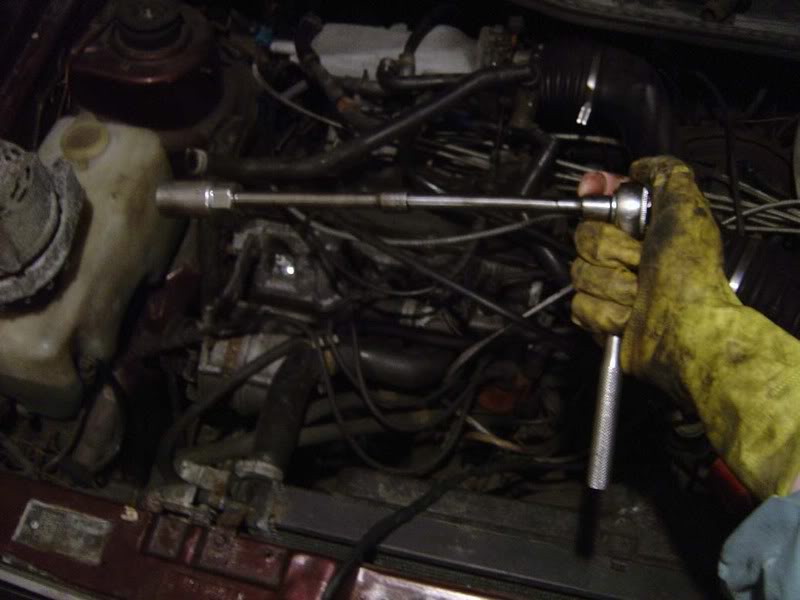 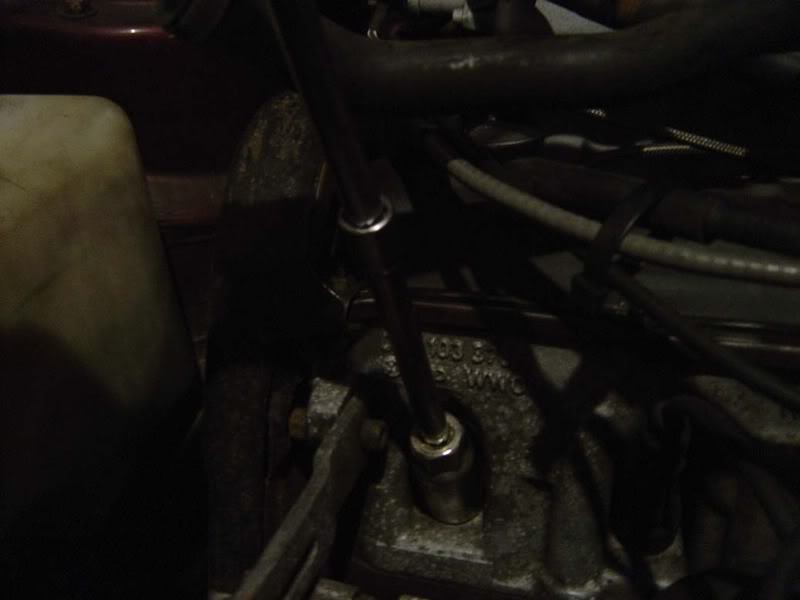 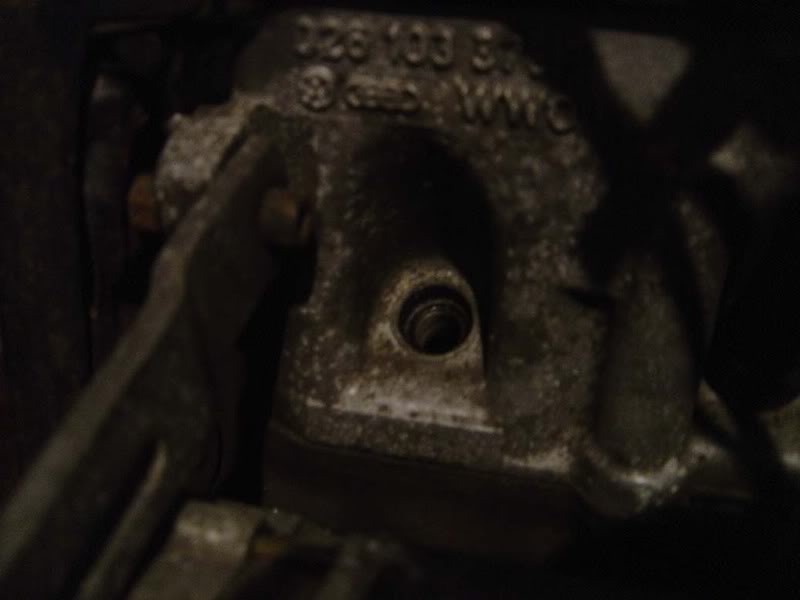 Step 5 - Check the tip of the spark plug (this is blurred but doesn't matter because they were new plugs so wouldn't tell you much). Note that there are two 'prongs' at the bottom of the plug, these are called electrodes. The spark travels between the centre of the base of the spark plug and these electrodes. Because there are 2, we call the plugs 'twin electrode' spark plugs and it is important you get these

Refitting the plug is just the opposite of removal - tighten it up finger tight then about 1 full turn. You might want to use a torque wrench at first until you get a feel for how tight they should be - too lose and they'll be popping out but too tight and you'll strip the threads in the cylinder head - believe me you don't want to have to deal with this!

Step 6 - Grab the HT lead you removed (only do one at a time, it is very important you don't mix them up)

Step 7 - Trace it back through any restraints such as this clip on the top rad hose, detach it so the wire is free

Step 9 - Just like detaching from the spark plug, the HT (which stands for high tension) lead simply pulls off the distributor cap (also called a dizzy cap) as shown

Step 10 - Note that all the leads are different lengths as shown in this picture. The longest lead is from the dizzy to the left hand side of the engine (cylinder #1) and the shortest to cylinder #4

Step 11 - Now fit your new HT lead onto the dizzy, through any clamps and back to the spark plug. For me, I was replacing the dizzy cap too so simply lined all the leads up as shown on the new cap before switching them one at a time to avoid any potential misfires by switching lead positions

Step 12 - If you do manage to confuse yourself then this may help you, the order of HT leads is :

Step 13 - The final lead we haven't mentioned is the one that goes from the middle of the dizzy cap to the coil. This is important because the coil fires out high voltage down this central wire which will then feed to each of the 4 surrounding wires you have already fitted. Follow the wire from the dizzy right back under the bulkhead to the coil and remove it (pulls off as usual) then fit the new one

When fitting leads, it sometimes helps to slide the boot back up the lead so you can then insert the metal contact and seat it properly before sliding the cover back on. The second picture shows this on the main lead


Step 14 - Moving back to the dizzy cap itself, there are two metal clips that hold it in place (front one shown in the picture), unclip these by hand or carefully with a flat blade screwdriver if they are really tight

IMPORTANT: Note the position of the dizzy cap before you remove it, you don't need to be too precise at the moment but ensure you know where #1 lead sits and you'll refit it the right way round (otherwise you could inadvertently spin it through 180 degrees)

Step 15 - With the clips removed, the cap will be free to come off and reveal the rotor arm

Step 16 - As mentioned earlier, the coil fires a large voltage through the main HT lead which is then passed down the dizzy cap to the centre of the rotor arm (this is the orange piece you uncovered in step 15). The arm itself spins around (driven by the engine via a meshed gear) and the metal contact at the end of the arm comes close enough to the terminals in the dizzy cap to fire a spark to the HT leads one by one. This happens very quickly so that the rotor arm spins and fires all 4 leads in a revolution

The picture here shows the underside of the dizzy cap where the main lead's terminal ends in a sprung connection which sits directly on top of the centre of the rotor arm. There are 4 more fixed terminals around the outside of the cap that will link the rotor arm's output to the HT leads

IMPORTANT: Just like the dizzy cap itself, note the direction the rotor arm points when removing it. The arm is keyed so you can't get it wrong but double check it is correct before you try and refit the arm


Step 18 - If there is any carbon build up on the tip of the rotor arm then replace it (you could clean it but for a few quid don't bother). Check the inside too (see pic) for signs of wear/damage

Step 19 - Next, remove the dust cover from the dizzy

Step 20 - If you are faced with this then you have the transistorised ignition so there are no points to contend with. If you have points then you need to regularly check the gap and replace them (see a Haynes manual for that seeing as I didn't have any!)

Step 21 - Once you have replaced the dust cap, rotor arm and dizzy cap, pop the clips back on to hold the dizzy cap down and double check that all leads are tight