So, a bit more progress although as expected this is definitely going to be a slow burner.  I'm only really getting 1 night a week at the car but I always knew that would be the case.  Bought a few more drill attachments, in particular the twist wire cup seems to be very effective at removing the underseal.

Had a good night on Thursday and managed to get most of the passenger side stripped.  The good news is she's pretty mint underneath so I'm well chuffed, the wee car is as good as I thought.  I'm planning on using Bilt Hamber Hydrate 80 to treat the steel, then Electrox Zinc rich primer followed by Epoxy Mastic.  Then I'm in 2 minds…should I just go with black or should I get the underside top-coated and lacquered in Mars Red?  Any thoughts?  The difficulty will be spraying underneath as I don't have a roll-over jig which in hindsight would have been much easier.  Too late now though, as I think you need to have the engine removed to use them. That's all for now.  If anyone can advise me best on how to finish it in 2-pack I'd be grateful….i.e. products and equipment.  For example, after its been done with epoxy mastic, should I use stonechip shield, then etch primer on top of that and then paint?

I'll be looking to repair the small hole in the rear drivers side axle mount soon. Should be reasonably straightforward weld repair but what thickness of steel should I be buying for this?

Frost have small repair panels up to 1.2mm thick, would this be ok? Anybody tackled this job before & got pics of the job.

I'll be looking to repair the small hole in the rear drivers side axle mount soon. Should be reasonably straightforward weld repair but what thickness of steel should I be buying for this?

Frost have small repair panels up to 1.2mm thick, would this be ok? Anybody tackled this job before & got pics of the job.


1mm thick plate here would be fine, as its only a "skin" of metal covering up the actual rear beam mount bracket, some of the more rusty builds on here have good photos of this area.

Good work on the underside, but a angle grinder with a wire wire will make it even easier. I use a mix of the grinder and the drill, just wear a face mask or you will be pulling bits of wire wheel out of your face and neck

Keep up the good work

So, I have finally managed to get back at the Mk1 after several months.  I thought I would ease myself in gently!  First up, when removing the exhaust, the downpipe sheared off.  I needed it off anyway to get access to the underside of the car at the front.  However, I had to grind the heads off all the heat shield mounting nuts to get them removed.  I wanted to preserve the heat shields as best as possible as these are now obsolete.

I'm now thinking I would like a stainless 4-branch manifold….but would rather fit heat shields than have to wrap the manifold.  Have read that the heat shields are very important to prevent the steering boot from melting….and some cars have literally gone up in smoke as a result !!  Have also read that wrapping stainless steel manifolds can cause them to crack….decisions decisions !!!

I started to prep the rear driver's side chassis leg that needs a patch welded in.  By the time I'd cut out the rust back to solid metal, the size of the repair is bigger than first thought.  It is an obvious weak point, as behind this area leads to the hole in the front of the rear wheel arch where the fuel breather pipes run through.

That's all for now….still collecting parts for the rebuild….managed to get the correct Bosch fuel pump from ECP.  Also new rear wheel cylinders and brake shoes.  But all that is a long way off yet.

Well done for getting back on it. That beam mount shouldn't be too bad, just needs a load of Kurust or similar, more than anything else
Andy

Thanks Hairyarse, I think you are right its mainly just a treatment job than anything else.

Had a good night at the car tonight, managed a solid 4hrs underneath.  Firstly, after prepping the rear chassis leg repair, I applied Bilt Hamber Hydrate 80 to treat the rust/scale around the area.  I have to leave this 24hrs now before I can apply the Electrox zinc primer (Bilt Hamber again).  This was really just to treat the metal behind where the patch repair will go, but a little goes a long way so I carried on just to see how it would turn out.  It definitely looks like good stuff.  Eventually, the whole underside will be done this way, followed by Electrox and then Epoxy Mastic before applying Mars Red top coat.

While that was drying, I continued with the underseal removal, I've certainly broke the back of it now, mainly the transmission/exhaust tunnel to do and then a few bits to go back over.

Hopefully get back at it again tomorrow night…if my aching body can take 2 nights in a row!!  :wacko:

That brings back fond memories of lying on my back, scraping off underseal!

I bet you'll be glad when the underside is sorted
Andy

Well, as always. there is good news and bad news:-


Good news is that's the underside underseal stripping job just about complete.  I have a few wee fiddly bits to get into with some smaller wire brush attachments, but the bulk of it is done.  Thank God, I would never recommend anybody to do it this way….get a roll-over jig instead.  The other good news is the car is pretty much immaculate underneath, obviously the 1983 Mk1's were quite well rust-proofed from the factory.

The bad news is after relocating my rear axle stands to get underneath that area, I have another hole in the drivers rear axle mount area.

Thankfully this one is quite small although it runs right to the edge so will be an awkward one to patch.

Looking generally solid under there

Basically, things came to a grinding halt while I waited for my bodyshop man to come to the house and weld in the new rear axle mount repair section on the drivers side.  This was not a job I would tackle myself, so I just had to wait until he was free to do it as it had to be right.
Before: 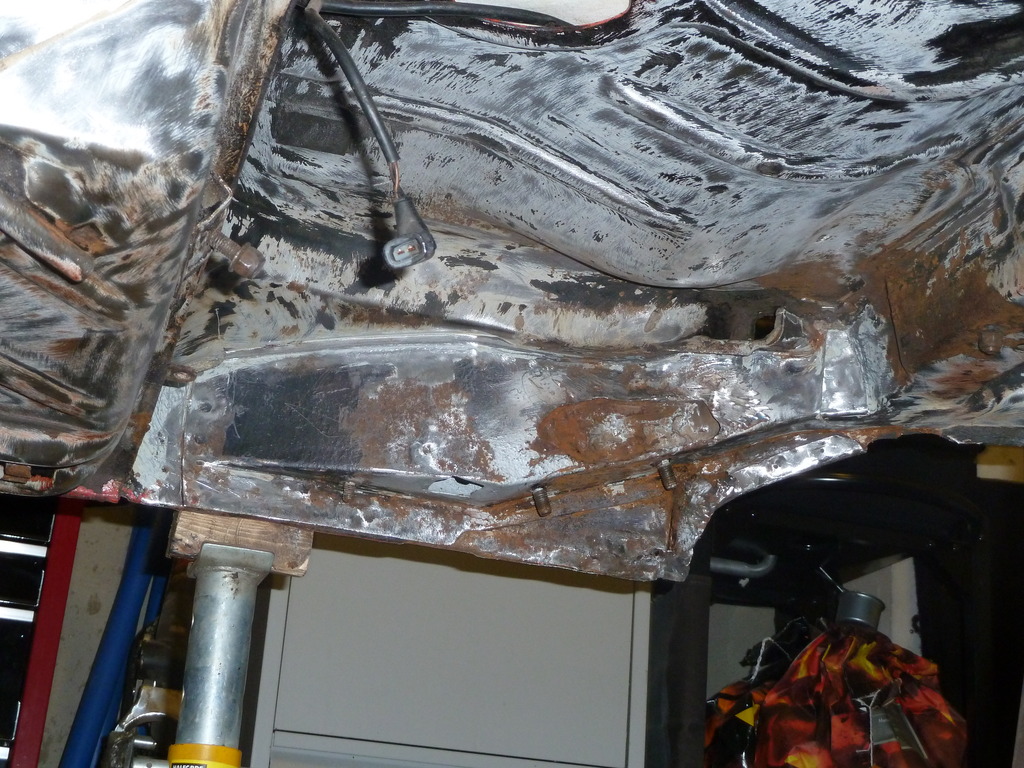 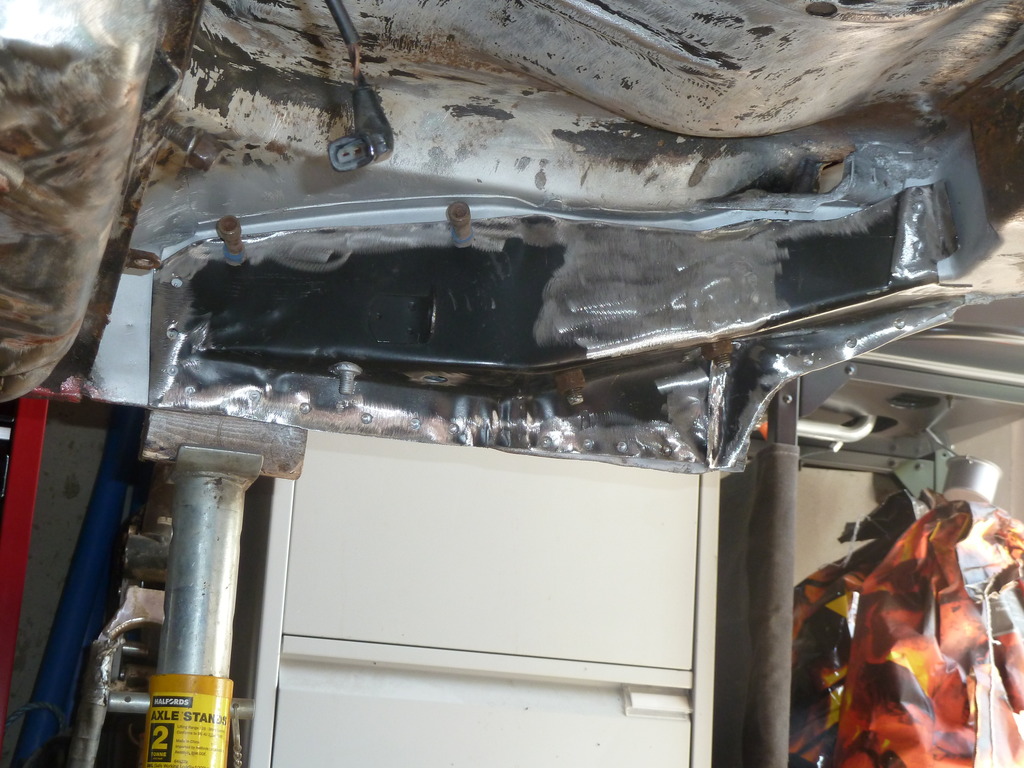 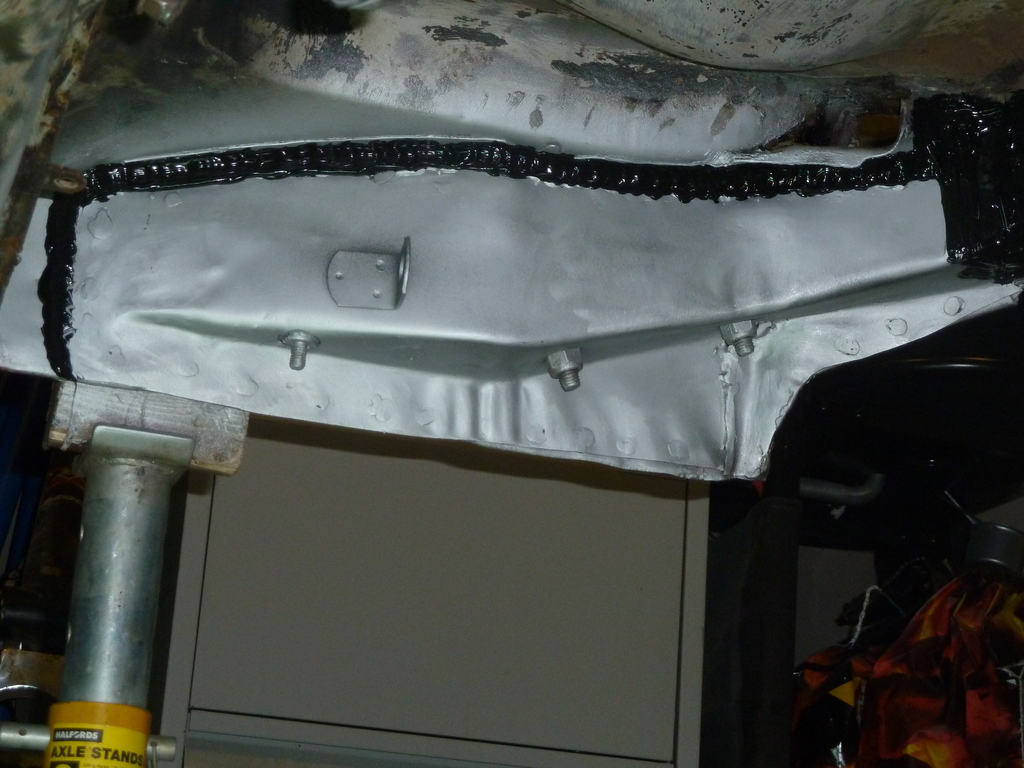 Now I can start getting the last preps done before coating the underside.  Hopefully the updates will be a bit more frequent than they have been as I really want to get the car back on the road.
Nut & Bolt Resto in Progress:  https://vwgolfmk1.org.uk/forum/index.php?page=topicview&type=misc&id=projects%2Fyour-mk1-golfs_2%2Fpistolpete-s-mars-red&start__keyed=

So I've been trying to crack on with the underside now the welding is complete.  I'm using Bilt Hamber products for all the corrosion protection.  First step is 2 coats of Hydrate 80 which treats any exposed steel and forms a protective sealing layer.  Very good quality stuff, it was applied to the whole underside (starts off blue as you can see, then turns bare metal black).

The next stage was to apply Bilt Hamber Electrox zinc primer.  As this is just going to be a base coat prior to the epoxy mastic, I just wanted to brush it on (most people seem to brush it on anyway).  However, I have had some trouble with it blistering badly and once dry it just peels off.  The only thing I can think of is that it needs to be thinned down a bit as it is going on too thick and not bonding correctly to the surface.  Can anybody advise me on this as I cannot continue until I know how to resolve this. 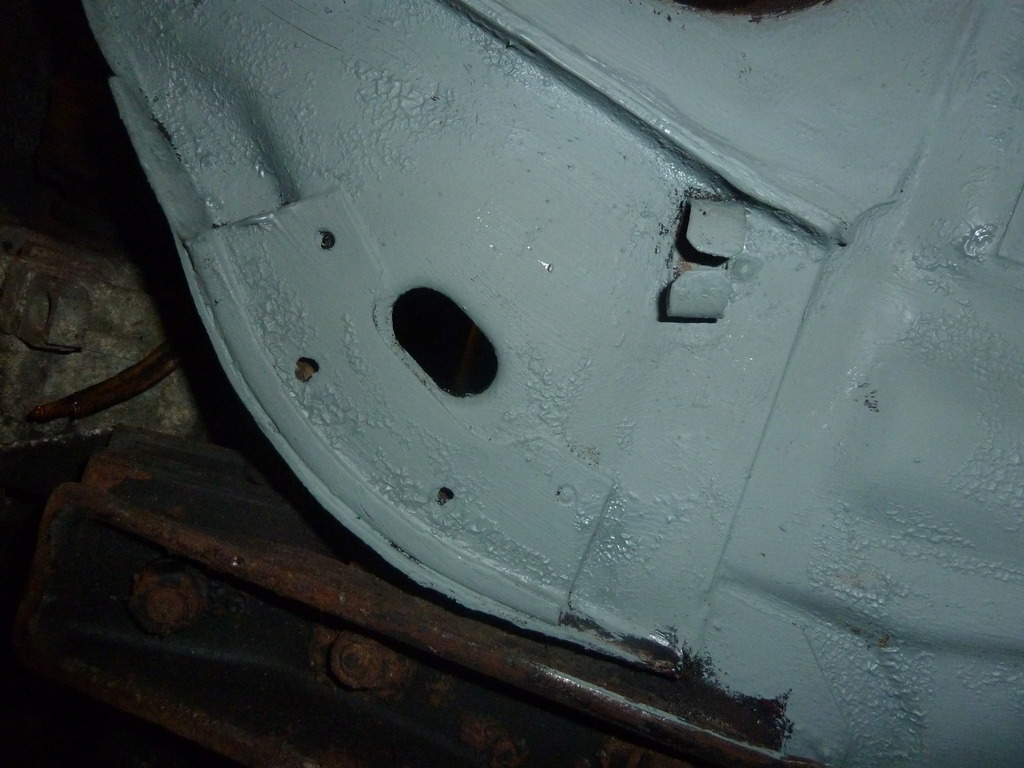 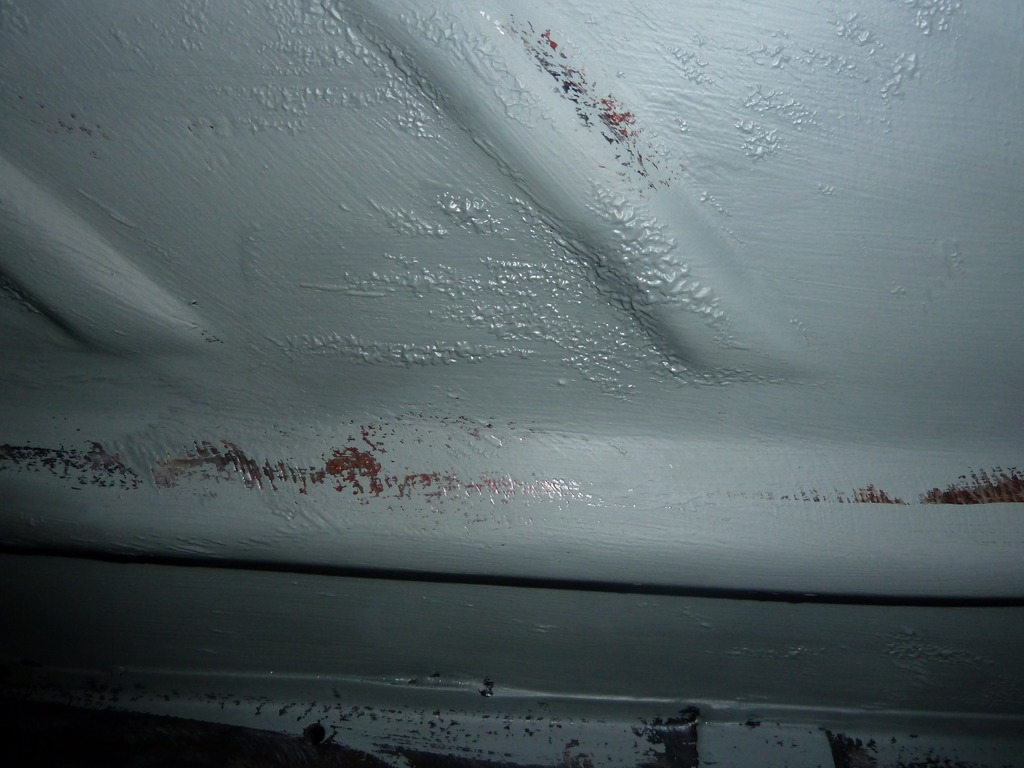 That looks like the paint is reacting to what's underneath. Did you put an isolating layer in between the Hydrate 80 and the zinc primer?
Might be worth trying that?

Yeah it certainly looks like a reaction, but I actually chose the Hydrate 80 because it specifically states in the instructions for the Electrox primer to use Hydrate 80 to treat the steel first. Looks like I'll have to send the pics to Bilt Hamber to get their opinion.
Nut & Bolt Resto in Progress:  https://vwgolfmk1.org.uk/forum/index.php?page=topicview&type=misc&id=projects%2Fyour-mk1-golfs_2%2Fpistolpete-s-mars-red&start__keyed=

This build is an excellent read, I can't even begin to imagine the sore neck/back and arms you must have from doing all this upside down.

Keep up the good work!

Be very interested to hear the outcome of the reaction.

Time for a thread resurrection, as the project is still progressing slowly.  To bring this up-to-date, I contacted Bilt Hamber about the reaction and they concluded that I didn't degrease thoroughly enough between the hydrate 80 and the electrox primer.  I tried the same combination on a bit of plain new steel and there was no reaction.  However, I was started to realise that I couldn't get the underside of the car to the standard I wanted whilst lying underneath, and I certainly wasn't comfortable with the thought of painting in 2-pack paint in such a confined space in my garage.  Therefore, after a lot of deliberation I plumped for a rollover jig from Handling Solutions (www.rolloverjigs.com).  Great service from them, it arrived within days (to Northern Ireland).  My next issue was that to get it on the jig I would need to get the engine out, and so Santa was very kind….I picked up a 2 ton engine crane from a local auction house, and got a Sealey load leveller and engine stand whilst ECP had their Xmas discount code running.  I got my dad and brother-in-law to help me remove the bonnet to the spare bedroom for safe-keeping!

So for some pics, from this:- 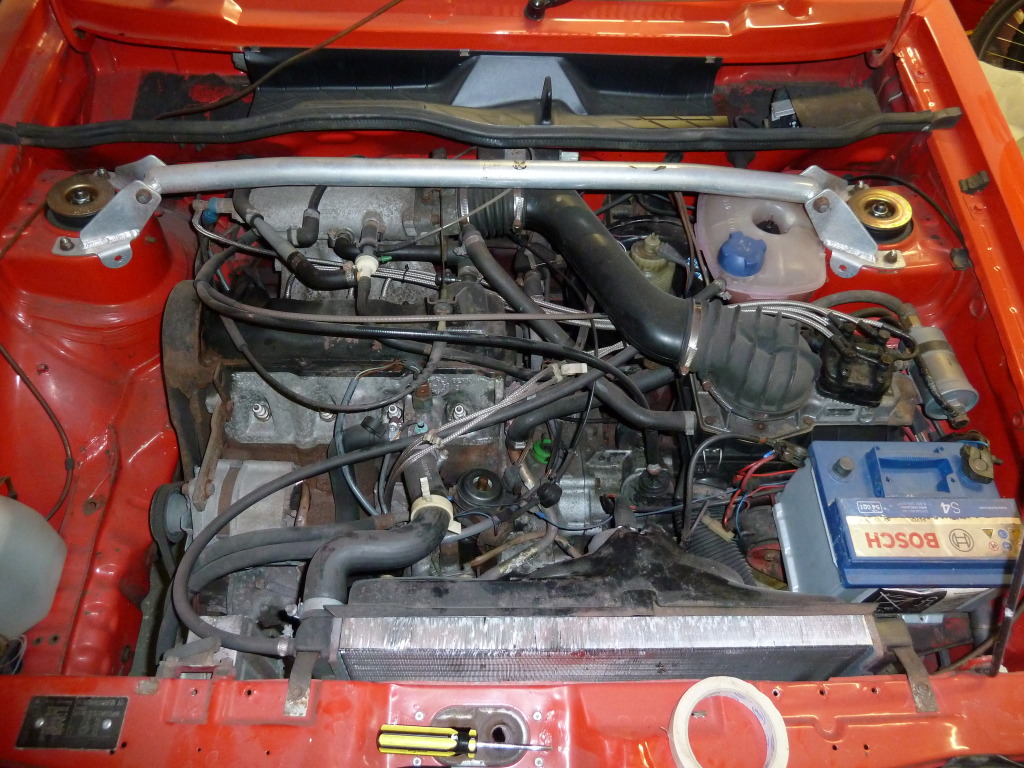 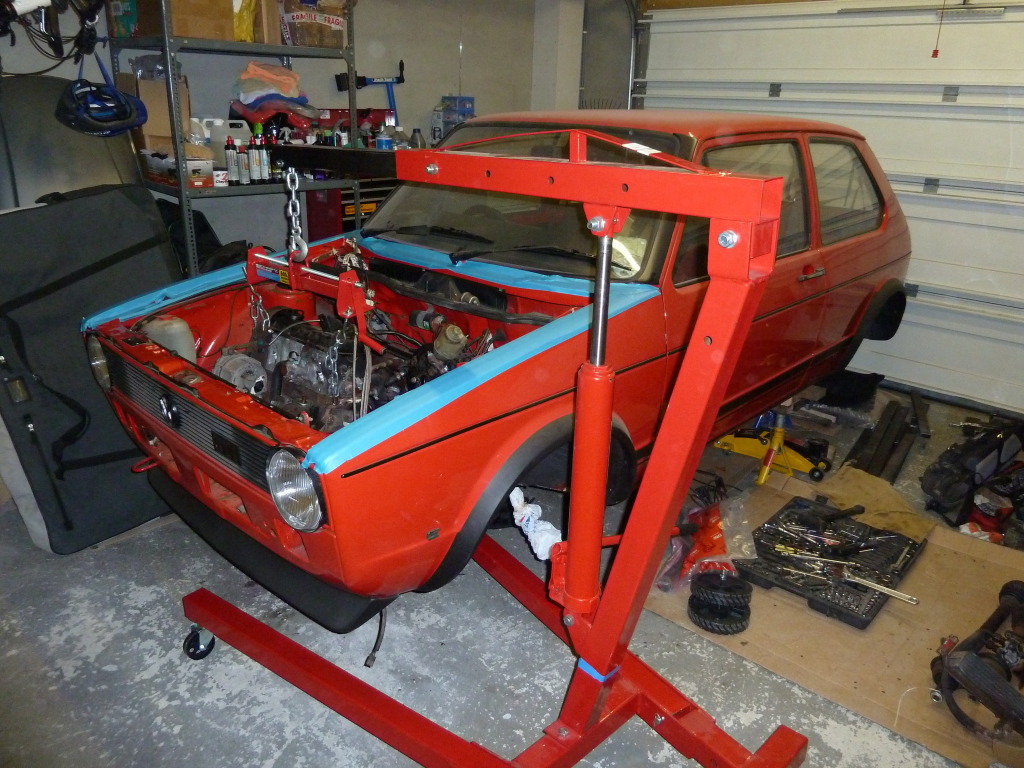 Engine out, quite straightforward really and the load leveller and crane certainly were very useful given I did it on my own:- 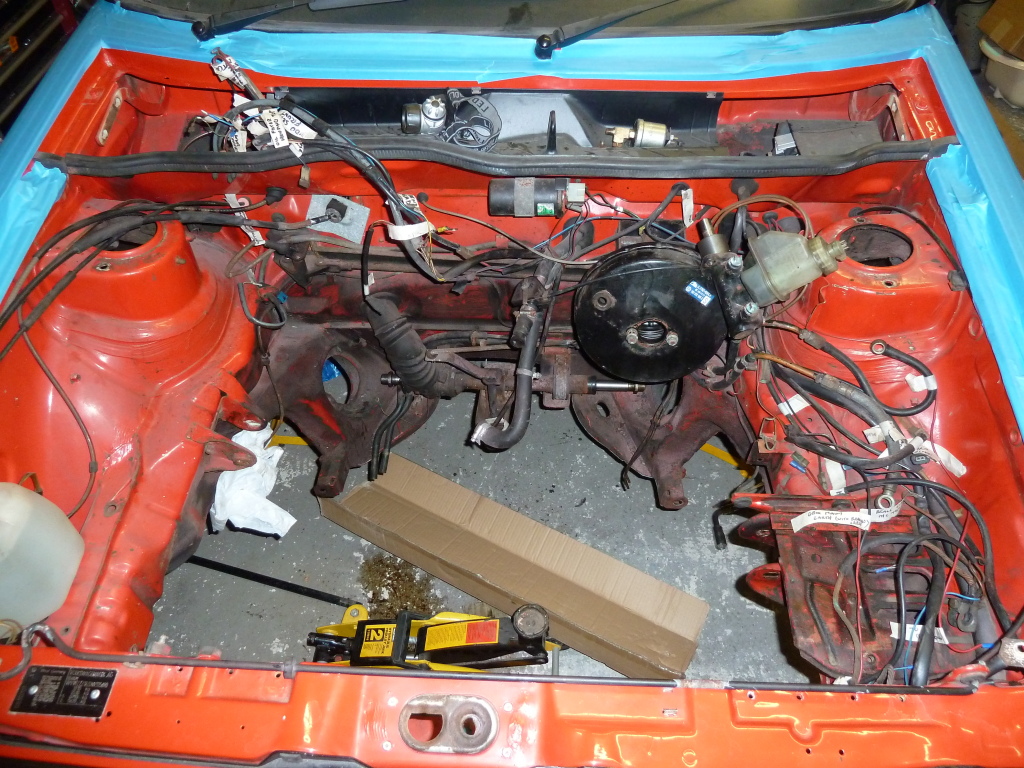 Engine on the stand.  It'll stay here for a while as I want to concentrate on getting the underside and engine bay ready for paint as a priority.  The detailing of the engine and bits can be done while the shell is away. 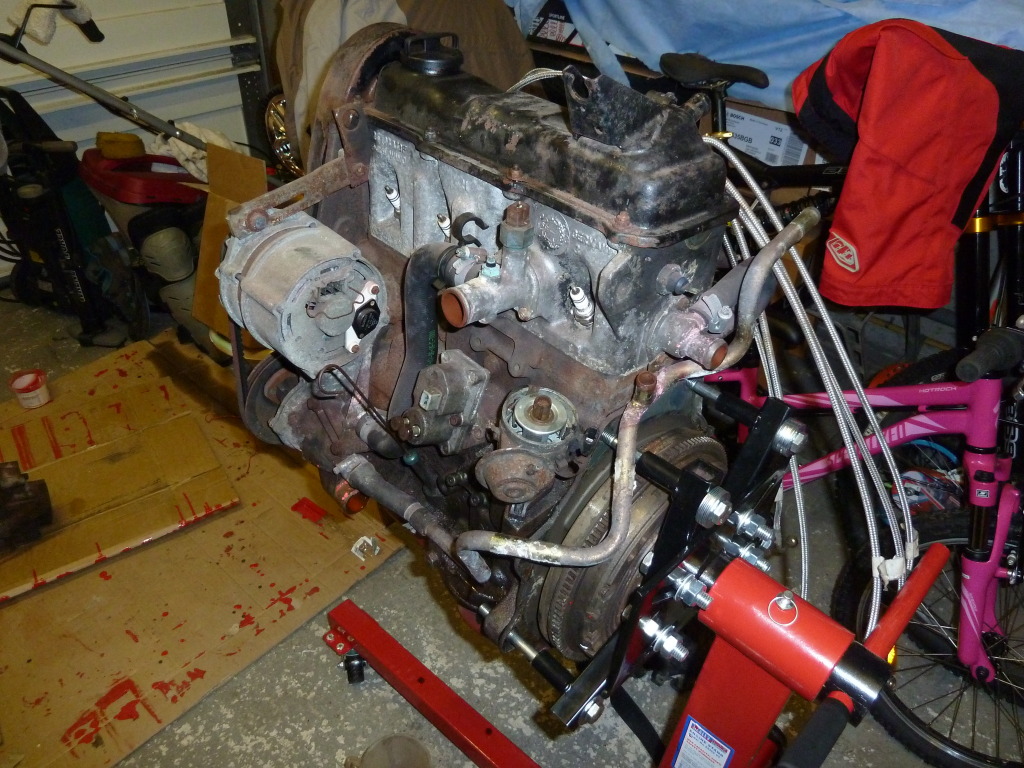 And that's the bay pretty much clear.  Not sure what to do with the wiring, as I don't want to remove it but it will be getting tidied up.  But what should I do with it for painting?  Just wrap it all up and bag it? 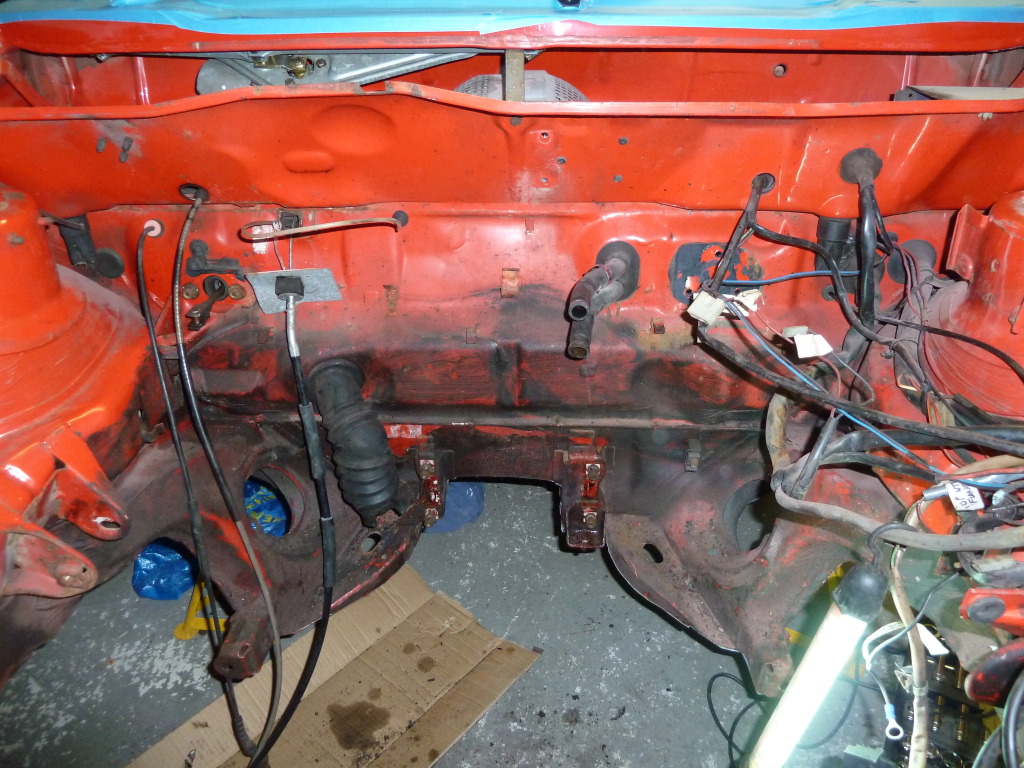 And just some bits I've been getting ready for the rebuild when it finally comes:- 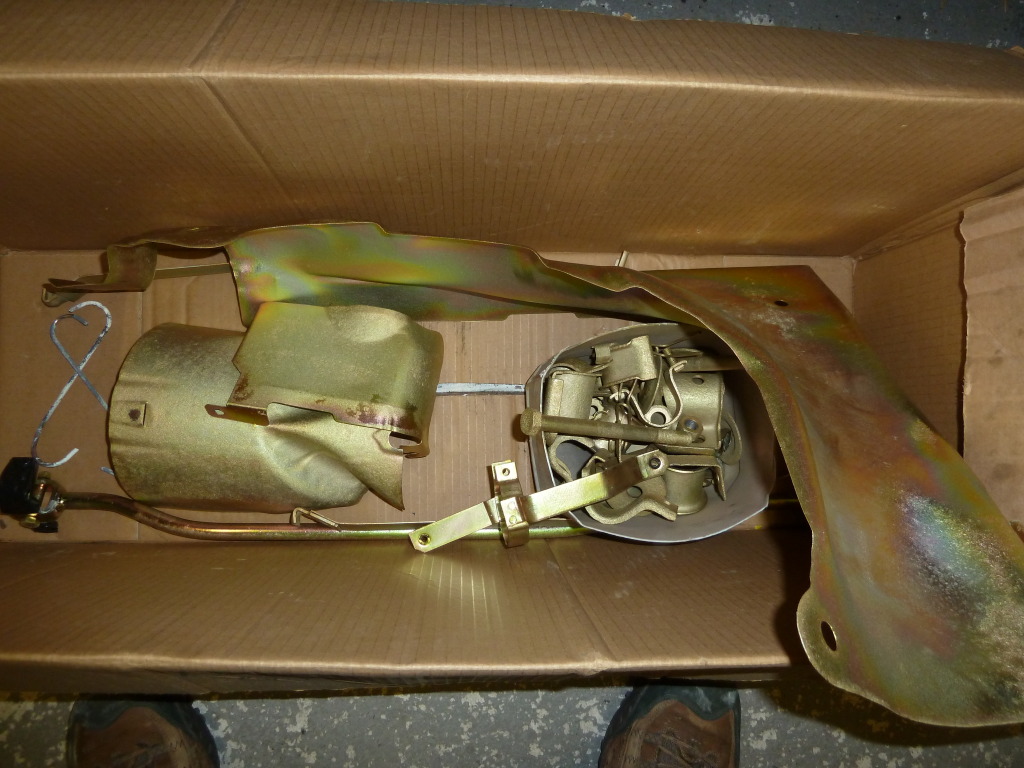 And since June, that's it pretty much up-to-date.  I'm hoping to get cracking now I have the rollover jig, so I'll post up some further pics when I get it mounted.  I plan to transport the shell on the jig to the paintshop, so I need to get some castor wheels and some additional steelwork to join the 2 jigs….and then find a suitable means of transporting it.
Nut & Bolt Resto in Progress:  https://vwgolfmk1.org.uk/forum/index.php?page=topicview&type=misc&id=projects%2Fyour-mk1-golfs_2%2Fpistolpete-s-mars-red&start__keyed=

Good to see you are back and working on this in the background. Gotten love a mars red Gti. I take it you will have it ready for Dubshed 2016???

When my engine bay was painted before the new engine went in all the loom wires were taped together in one big bundle and just left to hang. Also my paint shop offered to collect the car too. It was on four wheels. Might help you out…

The zinc yellow chromate plating is addictive so best be careful.