i shall be keeping 1 eye open for you now then. i go up though prescott on a semi regular basis on the push bike so be nice to the cyclist's. :wink:

Spoke too soon used it for work today, 18 miles here, no problem, went really well, gave it a bit of stick and it was flying. Parked up and left it for a few hours went to start it at dinner and its turning over but no spark  !!! Oh joy

woo another one running… congrats matey, enjoy it!

i need to get mine mot'd soon.. hasn't been driven since november, hope it will be alright…

Bit of an update, after replacing the Coil and TCI switch
it turned out the problem was the Dizzy !  The replacement
secondhand one i fitted had only lasted 18 miles…

So at i finally got it running on the Sunday with Curby
coming up the following Saturday.  Used it for work a
couple of times through the week to try and get a bit
of confidence that it would make the 160 mile round
trip never mind the time on track.  Had a play with
the timing and had a go at setting the Camber (with
a stick, spirit level and a bit of trig) which made a
hell of a difference, by mid week i was fairly confident
it would make it !

Thursday night i popped the bonnet and the spring
on the lock broke doh… so ended up having to
wedge it shut with a screwdriver which held ok
and it only popped open the once when i went
over the rumble curb !

Other than getting pulled over by the police
(missed photo oportunity) on the way down (for
being from Liverpool) it had an uneventful day
made it there and back no problem and even got
8 runs in.  Didnt get the best times but as it had
only been running for 1 week after a 7 year lay
up i was quite happy.

I reckon i could knock quite a bit of time off next
time round as i was struggling for grip all day,
the tyres i was using were the ones from 7+
years ago and included 2 off Sime??? who are
they?? need to get these sorted and a bit more
stripping for the next outing.  Anyway photos below !

Recovery from its first outing the week before
Curby!

A couple cheekily borrowed from another thread

Have to agree on the wheels mate top job!! car looks great. that koni setup is it a 40mm lowering job?

Have to agree on the wheels mate top job!! car looks great. that koni setup is it a 40mm lowering job?


Yeh, 40mm drop, hard to tell how well it handles yet though as the tyres are so bad, very little body roll but lots of slide  8O

The wheels look better with the carbon BBS centre caps but i didnt want to lose them on the track !  Sort of wish i had got a set of 15's now though??
1982 Mk1 GTI

glad to hear you made it home ok

was cool to catch up with another member on the day, and should be posting some very good times on some good rubber

will be giving me a run for my money thats for sure!

glad to hear you made it home ok

was cool to catch up with another member on the day, and should be posting some very good times on some good rubber

will be giving me a run for my money thats for sure!


Cheers mate! had a top day and nice to see what had been done to some of the other cars, came away with loads of ideas…. pity the wallet wont stretch to most of them :cry: Cant wait for the next one see if i can get any improvement, probably get some better tyres and strip it out a bit more and spend a bit of time setting it up.  Did 33.11 this time so i would like to get it quicker than my Audi diesel…. that went round in 31.76 (i think) … then i will be after your top ten spot  :wink:  nice to have something to aim for  :mrgreen:
1982 Mk1 GTI

A bit of an update, took the Golf to Oulton park today for a taster session, great fun and chuffed with the golf took a few picys: 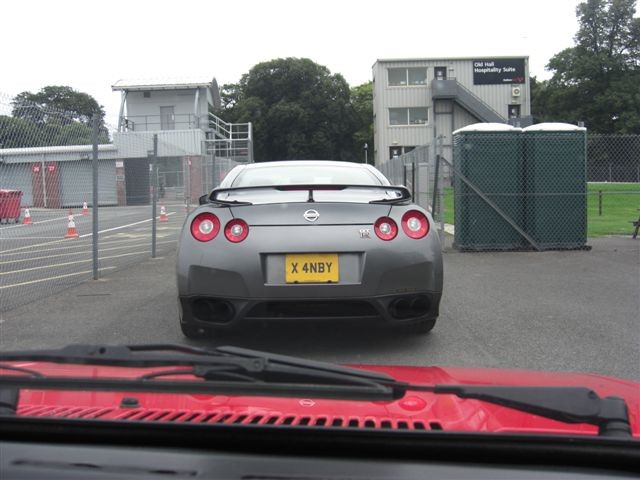 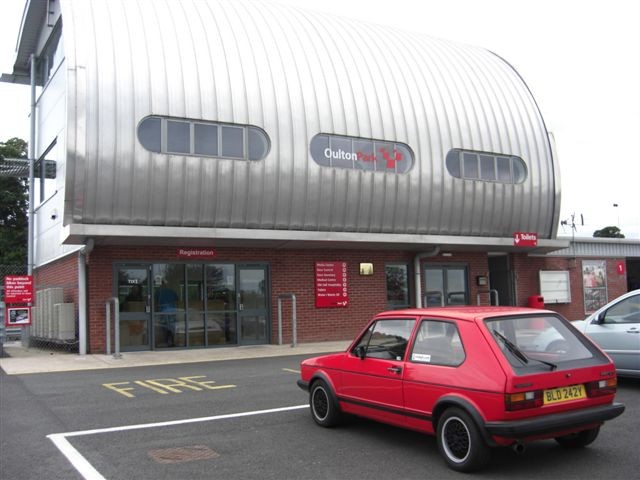 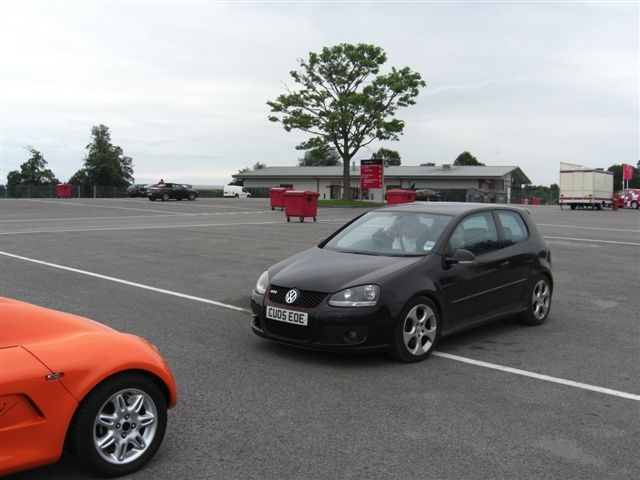 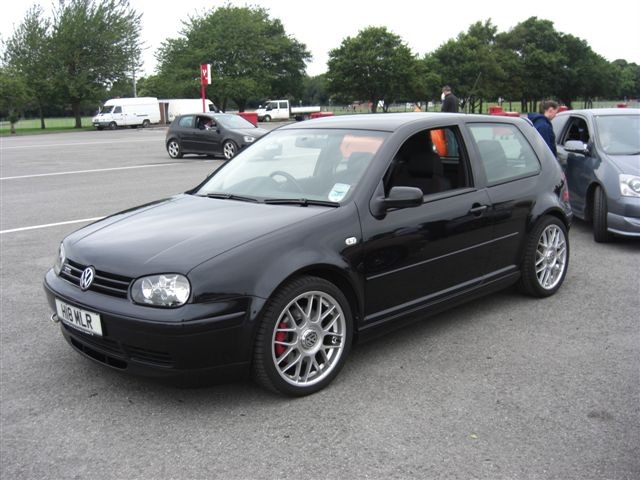 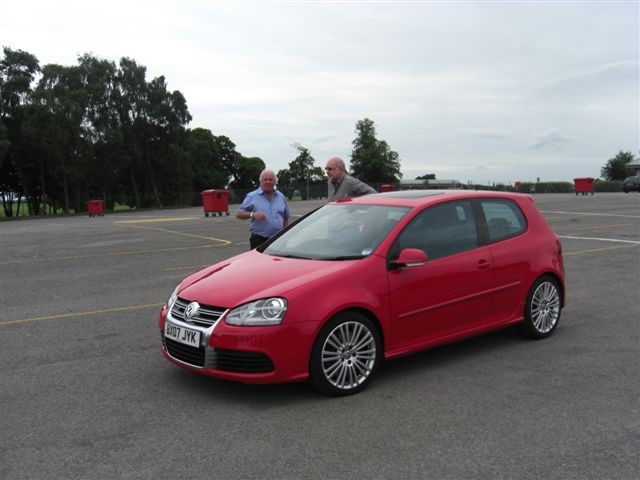 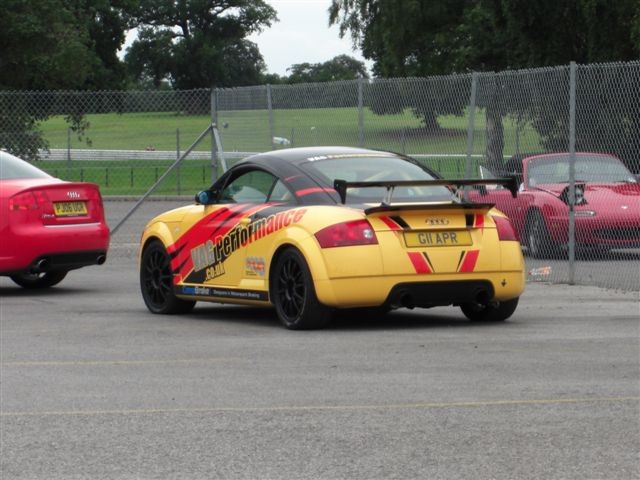 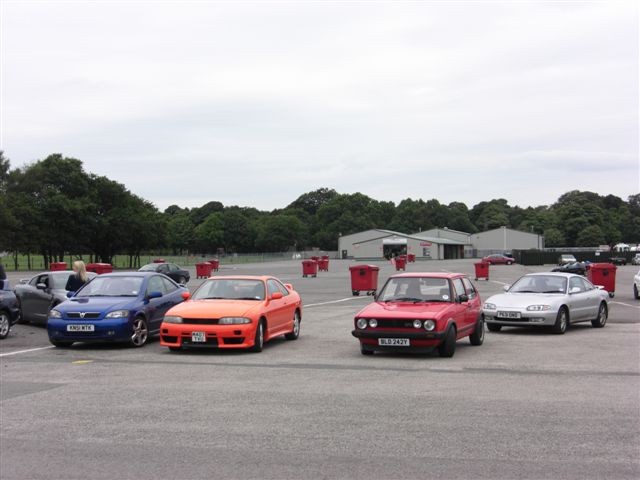 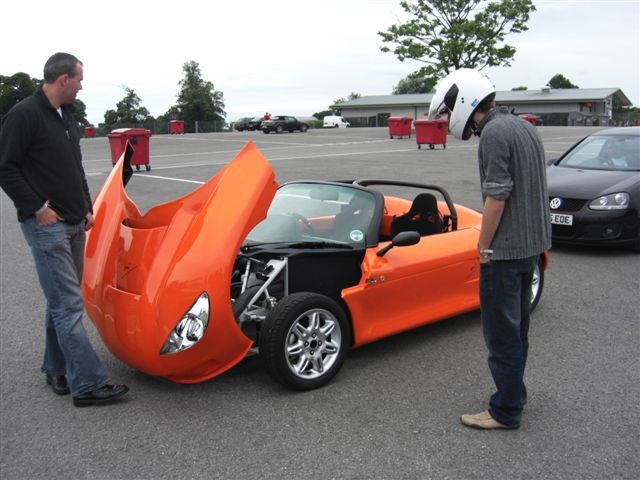 Thought i would update with some new picys, ive had another trip to Curby since last time and picked myself some new wheels (well 2nd hand ebay bargain!).

The 1.6 has been getting a bit long in the tooth, smoking when its floored then the water pump started leaving big puddles on the path i decided what the heck i would drop a 16v in….

Went to start stripping the ancillaries off the engine and got a bit carried away…. this is probably how NOT to remove your engine, doubt you will see it done like this in any manuals, but ive not found an engine hoist yet and you know what its like once them spanners are out !

Whilst the engines out i can give the bay a good clean and replace some of the bits that are usually hard to get at, should keep me busy whist im waiting for an engine !
1982 Mk1 GTI

Bit more progress, managed to get the engine in today!

Engine bay as it was…

and following a bit of a clean up with a pressure washer, tar remover etc etc…

Nice shiney manifold, seems a shame to wrap it !

Decided to stick the engine in from from underneath, so lifted the front end of the car up with the hoist, supported it on axel stands on bricks (to get the height) then lowered the car… worked well.

Lifting the engine the last bit…

Fitted and ready to go….not quite, chuffed to get this far, feels like its making real progress now.
1982 Mk1 GTI

you have done the hard part