I have not been very active here over the last two years or so, as my golf has been SORN, locked up in the garage and in need of some TLC.
I have decided to try and breath some life back into it, so I'm back!

Lets call this a "Mini Build" thread…
I'm not going to be doing anything major, just some minor clean up work and maybe a few new mods along the way!
It probably won't even get re-painted - I just want it driveable again, as I really miss it!

First things first, there are a few surface rust issues I need to sort out.
Mostly the front panel, though the rear arches will need some attention too, will look at that another time…
A few pics: 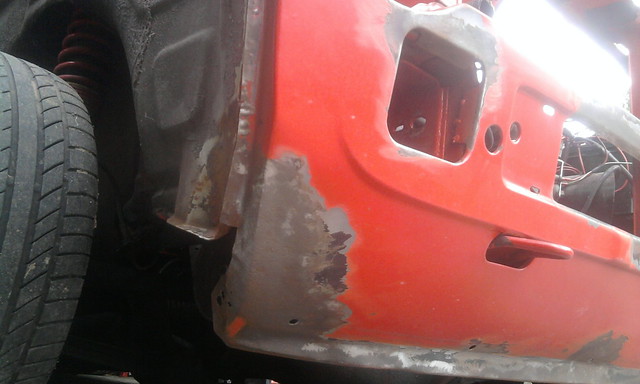 
Also decided that I need a dashboard and heater back in the car.
Those that remember my car will know it was stripped of heater and dash for a very minimal look - it isn't very practical, especially in the cold & rain!
My old Mk1 dash was not in good nick, so is not going back in, so I thought about something a bit different - Polo 6N.
I know it has been done before, and is apparently fairly easy, so I though I'd give it a go! 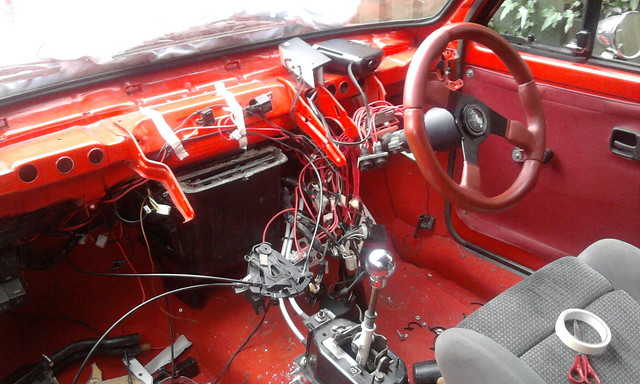 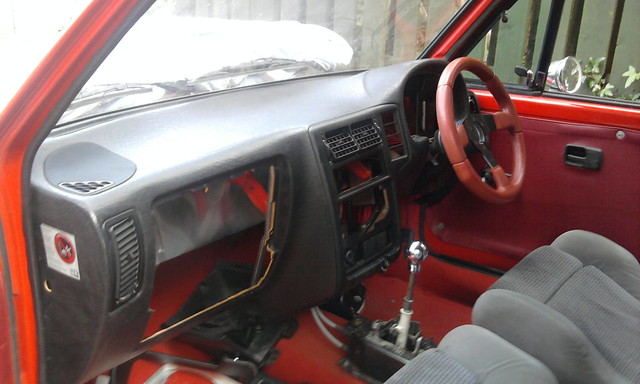 Although it is a good fit, it needed a LOT of work to get it to this stage:
Heater ducting under the windscreen vents needed cutting out.
Up to 2 inches off the front to allow it to sit far back enough that the indicator stalk cleared the dash.
Had to move the gear stick as it contacts the dash in the forward positions - easier than it sounds, as I have a cable shfiter set up…
one more issue to overcome before final fixing - the window winder handles also contact the dash, so might have to go back to electrics, which I sold about 2 years ago…

Last thing for my opening post…
I have a pair of late 80's Recaros from an RS turbo, which are on custom sub frames. they are ultra comfortable and hold on to you really well in the twisty bits. The problem is, they look a bit tatty and don't match the car. After calling round some local'ish trimmers and getting quotes of 180 to 200 quid per seat (!!!), I thought "it can't be that hard, I'll have a go myself…"
So off came the covers, ripped the seams apart and used all of the panels as templates to make up some new ones.
Borrow my mums sewing machine and got to it!
Some pics below of the progress so far - they are not fixed on properly yet, so will be pulled tighter, getting rid of most of the ripples you can see. I am quite pleased with the effort so far! 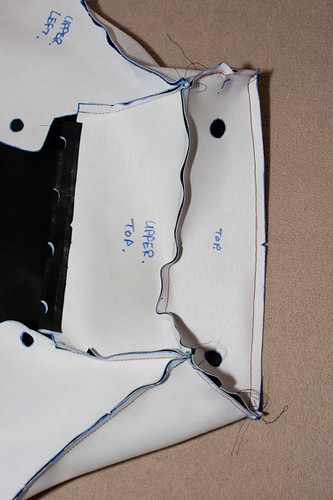 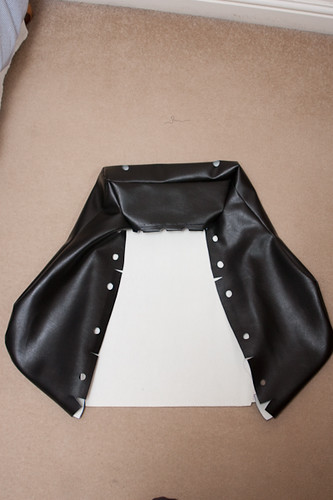 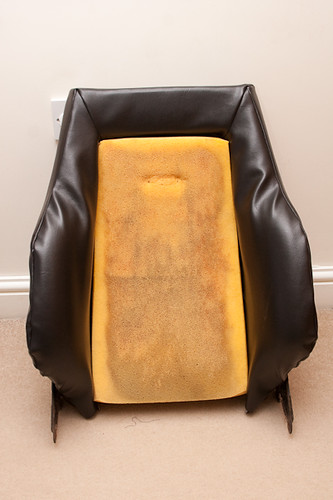 One last one to show you what I have in mind. Only seen one other car on the web with original trimmed recaros.
Material is just loose wrapped to give an idea of what it will look like… 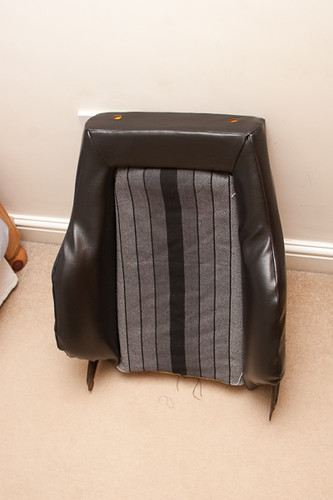 That is all for now. This is probably going to be slow progress with it hopefully seeing some tarmac next summer, maybe even a few regional meets and shows!

Loving the dash too, I toed with tthe idea of modernising mine with a newer dash but felt I needed to keep it a bit more original, good job tho, does look noce!

Not sure mini buld will do this justice!

I have the Golf+ mag somewhere still, really got me in to Mk1s this car!

I have the Golf+ mag somewhere still, really got me in to Mk1s this car!

I think once it is all together and the seat is in the car, it will look ok, even if the fit/finish isn't that good - Thats what I keep telling myself anyway!
My Build Thread
All My Build Photos - https://www.flickr.com/photos/pix-al/albums/72157622794406840
My other hobby - www.pix-al.co.uk

Its good to see this mk1 getting back on the road :wink:

I remember when I was building mine for the first time, I had your webpage with all your build pics book marked, was a good little write up. I also remember it at Wales volksfest, where it always won 1st in the mk1s, once I was parked next to you in the show bit in my mars red mk1 on ronals. Pretty sure we noticed then that both the car's reg's start with A732

Anyway it is a really well engineered mk1, and I don't dought that it will be in the next phase, good luck with it, oh and love the seats 8)

Its good to see this mk1 getting back on the road :wink:

I do remember the similar number plates

I did a bit more stitching tonight to get those bolster covers fitted snuggly. Looks much better! 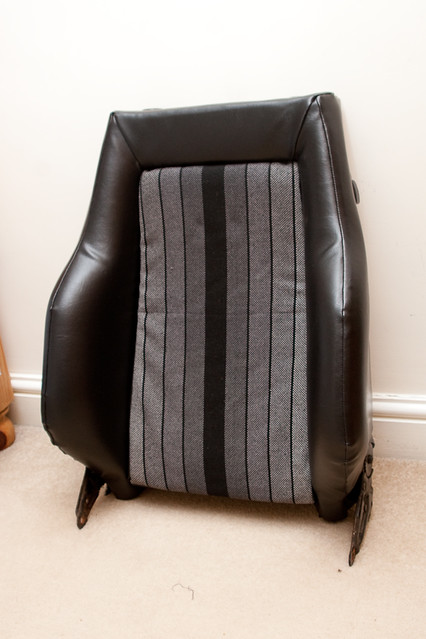 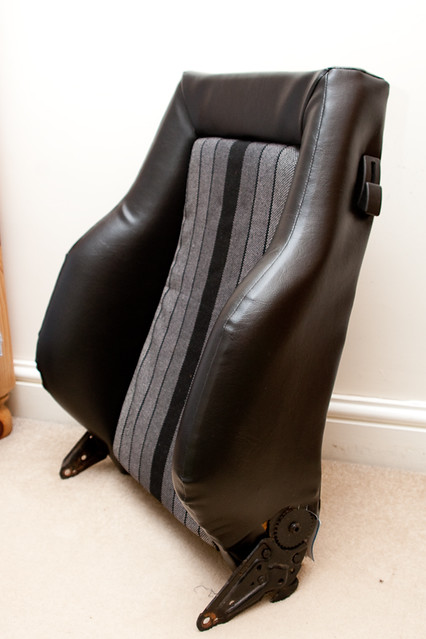 nice resto of the seats.. wish i could do that too.
good work

Ahhhh, no way! I remember this car from back in the day 8) And your feature in 'The Golf' magazine back when it was called that. Glad to hear it's still around

LOL - Yes, it is still around…

I did consider selling it about two years ago, though when the serious offers started coming in with comments like "I can come and get it tomorrow", I thought, NOOOOO! and I couldn't do it. I have had it for 16 years!

Headrest is now done. This was by far the most difficult piece so far! 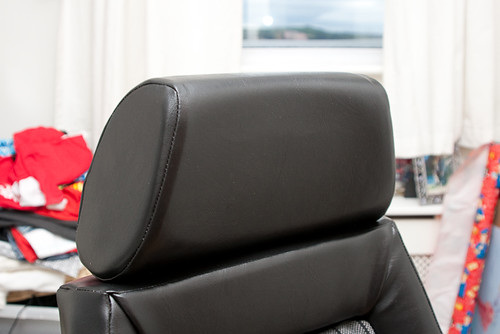 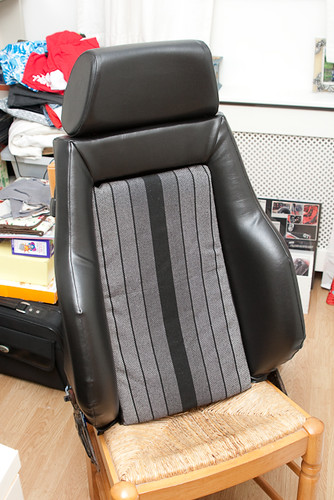 Seats look really good, you must be a serect re-trimmer!

Looks real smart, especially the headrests! Could earn yourself a lot of money doing that on the side for club members! I'm sure most people would be more than happy with the quality of the trims.

Looks real smart, especially the headrests! Could earn yourself a lot of money doing that on the side for club members! I'm sure most people would be more than happy with the quality of the trims.

Seats look really good, you must be a serect re-trimmer!

Hows the seats looking?
0 guests and 0 members have just viewed this: None.