Hi everyone, just picked up a 1979 series gti. looking to put the original 13" steels back on, dos anyone know what tyre size and brand would have originally been specified with the car back in 1979? 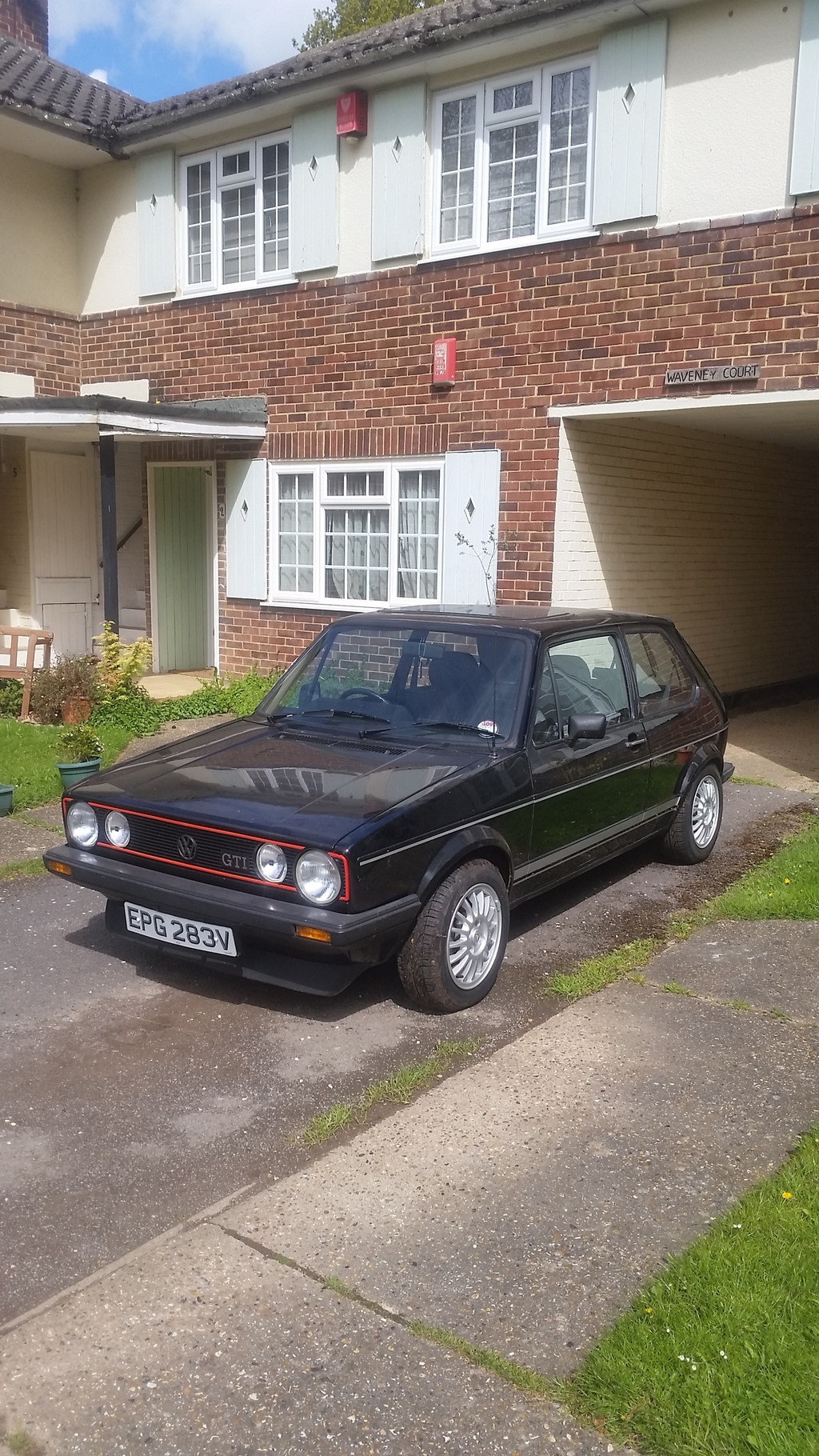 Make and model, not sure but Pirelli P600 are from the early 80's

Ive got a michelin classic in that size

Yep, although they used to be Pirelli P6s back then. Don't know when they added the 000s.
Campaign Mk 1 Black

175 70 R13 Michelin MXT or Continental.
Pirelli only on P slots
Uniroyal on ATS

Is that Mitch's old car?

it is indeed. I'm going to sort it out and get it back on the road. got to reverse some of the mods done by the first owner.. S2 wingmirrors, dx engine, wheels and brakes.

Mitch asked me to look over it a couple of years ago with the view to putting it back to original.

I was going to say I don't think the original wheels will fit over the brake set up on it at the moment.

I was going to put a solid roof on it for him.

Good move to put it back to an EG engine.
Mitch wasn't so sure to put it back as it was a VW dealer DX conversion apparently.
Its not a true series 1 without an EG in it. I maybe interested in the DX if you want to sell it.

Thats cool, he spoke about you a couple of times. I went to view the car with him back in 2012 when he bought it. He called me saying he was thinking of selling and I had to have it.

yeah i know, i'm on the hunt for some earlier callipers to refurb and fit. i'll let you know about the DX engine, it will be coming out very soon, depends how much work i end up doing to the eg engine before i fit it.

Tempted to swap the roof skin but i dont want to butcher the car. i know how very difficult they are to swap and i think i'd rather have a mk1 with a sunroof mod than an mk1 with a swapped roof skin. Not sure, no rush to make big decisions like that anyway.

I was tempted to buy it myself when he said he was selling it but I've just got too much stuff already!

Graham, as both you and Steve know the car was always destined for greater things. The time and money I put into the parts I found for it was silly but my health unfortunately hasn't helped and needs must.
Steve, as you know I think you're the man to take this forward. And I'll be watching with great interest and looking first to seeing this beauty back on the road

Im at the same stage now with my s1 gti, Only down the road in East Grinstead
West moreland caddy & series 1 gti

Hi everyone, just picked up a 1979 series gti. looking to put the original 13" steels back on, dos anyone know what tyre size and brand would have originally been specified with the car back in 1979?

Hi Steve, just wanted to say that that was my dad's car from when it was new. He died last Nov but from looking at your post he would have been chuffed to bits by the amount of care you are taking over his pride and joy. Thank you. Sully